An Appeal to Tourists: Stop Feeding the Nilgiri Tahr

Between the towns of Pollachi and Valparai in Tamil Nadu, along state highway 78, the road traverses the Aliyar Reserve Forest, a critical habitat for the Nilgiri tahr. Between the 5th and 11th hairpin bends, tahrs (usually females and kids) can be spotted on the hillsides. During rutting season (the monsoon) saddlebacks (male goats) can also be found here.

Nilgiri tahrs are mountain goats capable of scaling sheer cliffs and are known to skillfully tread along the steep and rocky terrain at altitudes of up to 2,600 m. Endemic to the Nilgiri Hills, this iconic species is the state animal of Tamil Nadu, where it is called varai aadu, literally, ‘cliff goat’. Nilgiri tahrs also live in the southern Western Ghats in the Anaimalai Hills spread across the Anaimalai Tiger Reserve, Parambikulam Tiger Reserve, and Eravikulam National Park.

In the late 19th century uncontrolled poaching, and conversion of tahr habitat into tea and coffee plantations reduced their population drastically. But thanks to recent conservation efforts and the strict implementation of anti-poaching laws, their numbers have shown a steady increase. Today there are around 2,500. However, with their current range reduced to a mere 400 km, many tahr herds live in areas close to human movement, and some are now habituated to people (mainly tourists) who approach, feed them, and take photographs from uncomfortably close quarters.

In the craze for a selfie with the tahr, all sense that these are wild animals and need to be respected is ignored, with some even trying to grab the animal by the horns. Photo: Pravin Shanmughanadam

Tourists driving on SH78 often pull over on the side of the road upon sighting a tahr. While some try to take selfies with the tahrs, others have been seen trying to hold them by their horns, chase, and mock them. They also feed the bonnet macaques present in the area.

To add to the tahrs’ woes, the 9th hairpin bend, also known as Loam’s Viewpoint, was opened to the pubic. It, then, unofficially became a designated tourist stop because it offers a panoramic view of Aliyar dam. However, not all tourists respected the sanctity and beauty of the place. While some picnicked in the area, others got drunk and littered the place with glass bottles and other pollutants. With the lack of any public facilities or monitoring, the area became an open-air toilet and a foul stench rent the air. When matters worsened the forest department closed the view point temporarily, and fenced the area with thorny bushes. However, this still didn’t prevent enthusiastic tourists from stopping their vehicle and getting down for selfies.

Not only do tourists disturb the animals, they also obstruct traffic by halting at various places along the 40-km stretch that cuts through this pristine forest. Photo: Pravin Shanmughanadam

With Valparai gaining popularity among travellers, tourist flow has increased. It’s not just the tahrs who are being disturbed. Other endemic wildlife like Nilgiri langurs, lion-tailed macaques, and even rare species like the Nilgiri marten inhabit this area.

With the drastic decline of tahrs in the Nilgiri Plateau, strict-monitoring and conservation of the remaining population in the Anaimalai Tiger Reserve is of vital importance. Before there is any more damage, the forest department needs to take immediate measures to stop such unauthorised stops along the road. Strict monitoring systems will have to be implemented at least at important spots that animals are known to frequent.

The Nature Conservation Foundation, an NGO that conducts scientific research to implement conservation measures in the Anaimalai Tiger Reserve, has joined hands with the Forest Department to tackle issues of road kill. It has also employed people to monitor the troops of lion-tailed macaques in the Puthuthottam area. They particularly monitor the troop when they’re traversing through labour settlements or near the road, ensuring tourists don’t feed or approach the tahrs, bonnet macaques or any wildlife.

A similar approach can be adopted by the forest department. They could employ local tribes to do the monitoring, which could have the added benefit of providing employment opportunities to these native forest inhabitants. However, such efforts will only prove fruitful if visiting tourists and the local public start respecting the precious wildlife and pristine ecosystems of the places they visit.

Tourism can be eco-friendly and animal-friendly, when animals are observed and photographed in their natural habitat, from a distance. In the case of tahrs, getting close to them sometimes scares them away, interrupts their feeding patterns, and causes disruption in parent-offspring bonding.

To many tourists tahrs may appear similar to the domestic goat. Even well-meaning tourists cause harm when they try to feed wild animals. Awareness campaigns that explain why wild animals should not be fed will go a long way in improving public consciousness. In addition, a curated interpretation centre at the check post in Aliyar, could contribute towards educating visiting tourists about the tahr, and the importance of conserving pristine forest habitats and the diverse wildlife within.

Sensitising tourists to the risks of getting too close to wild animals or feeding them is the need of the hour. Photo: Pravin Shanmughanadam 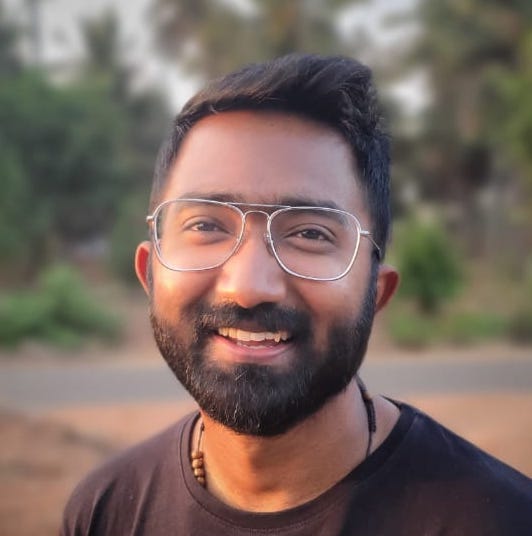 is the co-founder of The Pollachi Papyrus, a travel magazine that documents the rich bio-cultural diversity of the land of Pollachi and Anaimalai in Tamil Nadu.