In April 2O2O, the National Board for Wildlife permitted coal mining in parts of Assam’s Dehing-Patkai Elephant Reserve, sparking off a student-led online campaign to save the forest

Assam’s Dehing-Patkai Elephant Reserve is one of India’s last lowland evergreen rainforests. Its towering Hollong (Dipterocarpus macrocarpus) and Mekai (Shorea assamica) trees nurture a rich variety of species, including its largest resident, the Asian elephant, but also rarities like the Malayan sun bear, binturong, crab-eating mongoose, marbled cat, golden cat, and clouded leopard. In fact, the forest has one of the largest diversity of wild carnivores. The forest also falls at the confluence of the Eastern Himalaya and the Indo-Burma global biodiversity hotspots, which creates a unique assemblage of flora and fauna making this site irreplaceable. The area is home to several orchid species and endemic butterflies.

But in April 2020, in the middle of a lockdown to combat the Covid-19 pandemic, the National Board for Wildlife (NBWL) permitted mining in some parts of the forest for coal. The NBWL discussed a proposal for the use of 98.59 hectares of land. Mining has already been allowed in 57.20 hectares. Mining may also be allowed in the remaining “unbroken” 41.39 hectares. Approvals for it depend on a pending feasibility report. If this remaining portion is mined, it might destroy the Dehing-Patkai Elephant Reserve.

How do you protest in a lockdown, when you can’t take to the streets? Students and student bodies from various educational institutions in the Northeast have taken the protest online. Over the past month, Twitter storms, memes, online petitions, webinars, murals, posters, poetry and art to save Dehing-Patkai have been flooding the Internet. And the mounting pressure has made an impact. On June 4, the Gauhati high court, following the uproar and a few public interest litigations, put a stay on all mining operations in the Dehing Patkai area. The online campaign has now inspired many movements across the country.

This is an evolving gallery of all the spectacular, poignant artworks created by students to protest against NBWL’s move. Support their movement. Amplify their voices.

Artworks curated by Yuvan Aves. Follow a_naturalists_column to see more protest art for Dehing Patkai, and all the other resistances it has inspired. 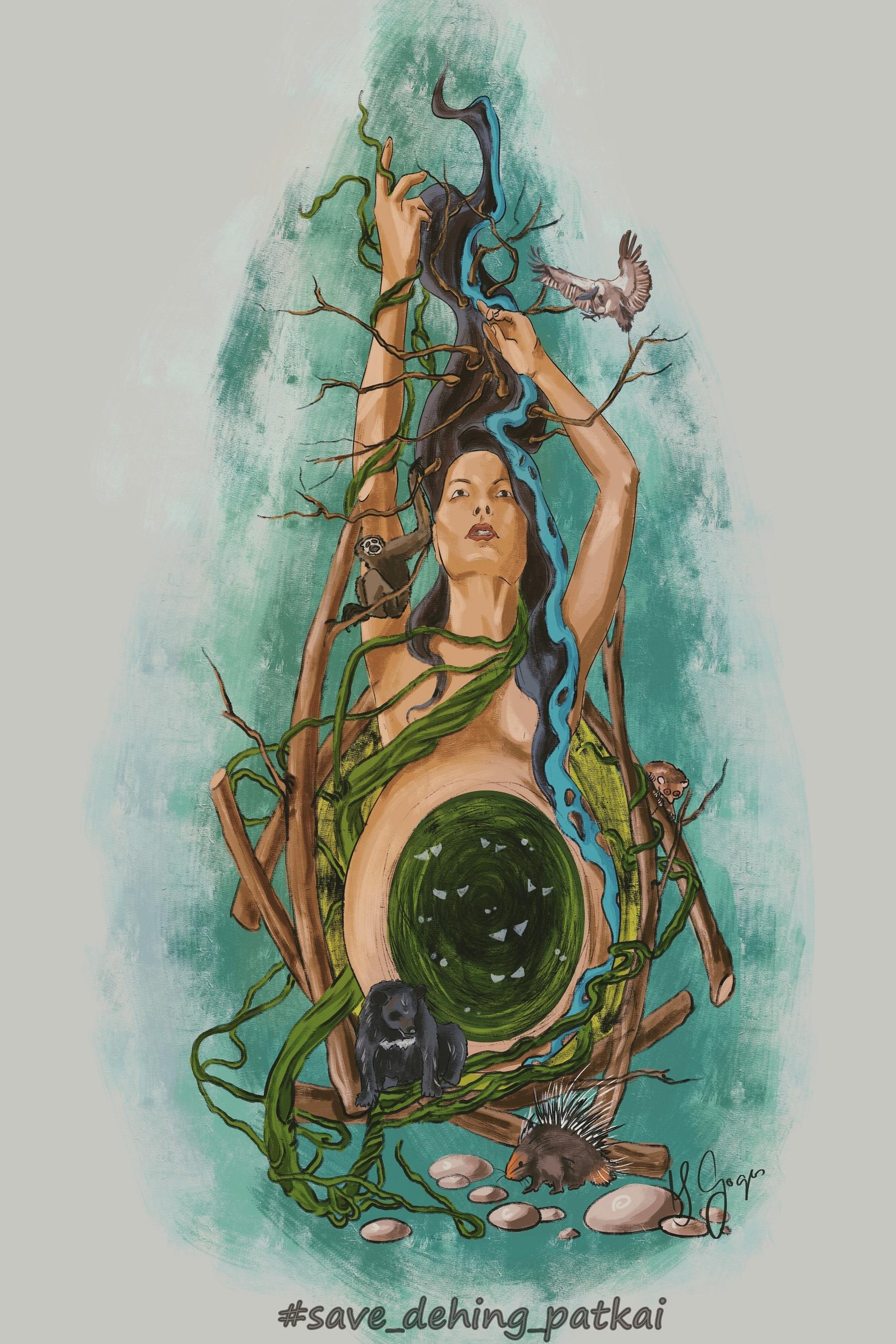 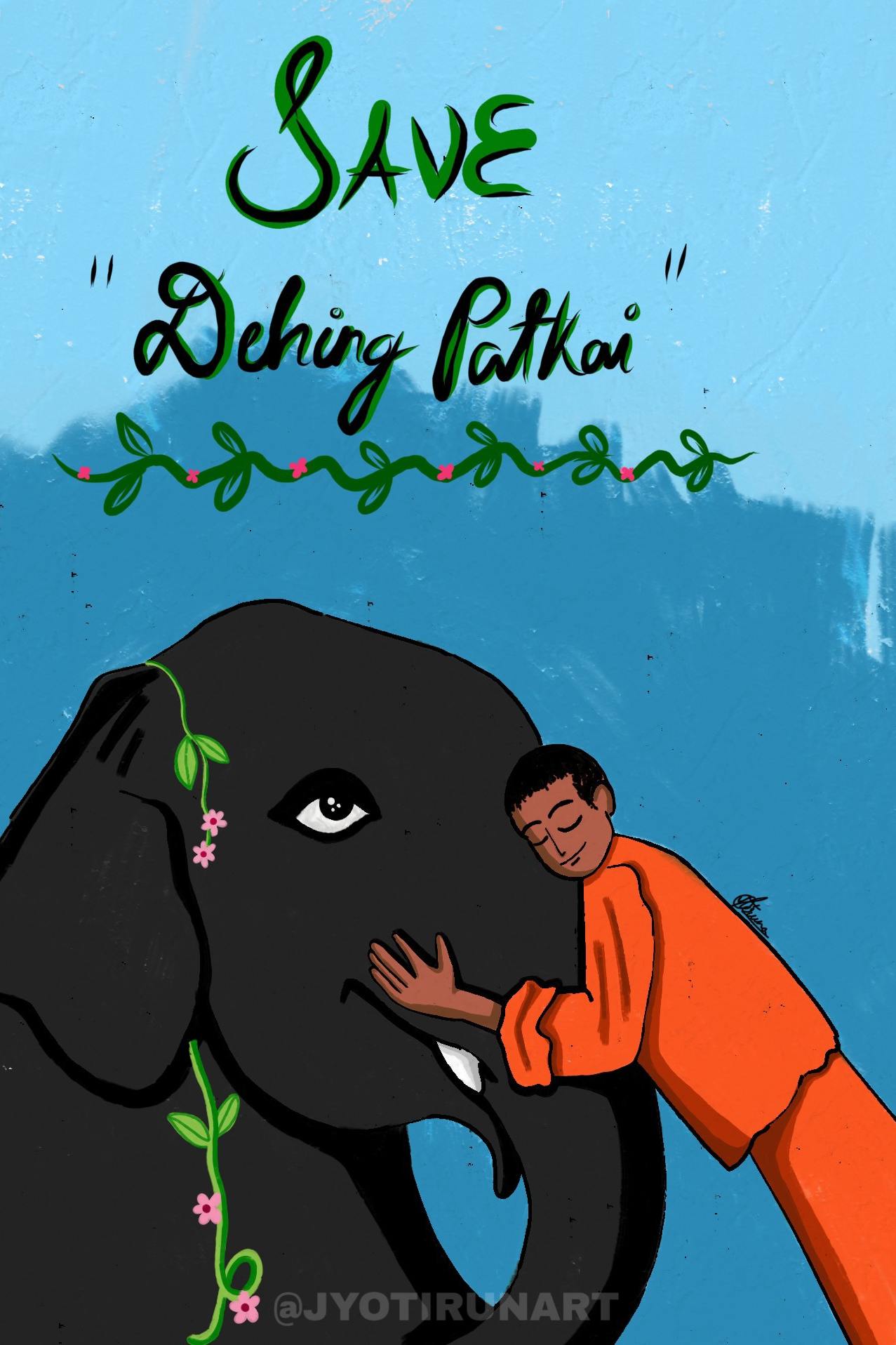 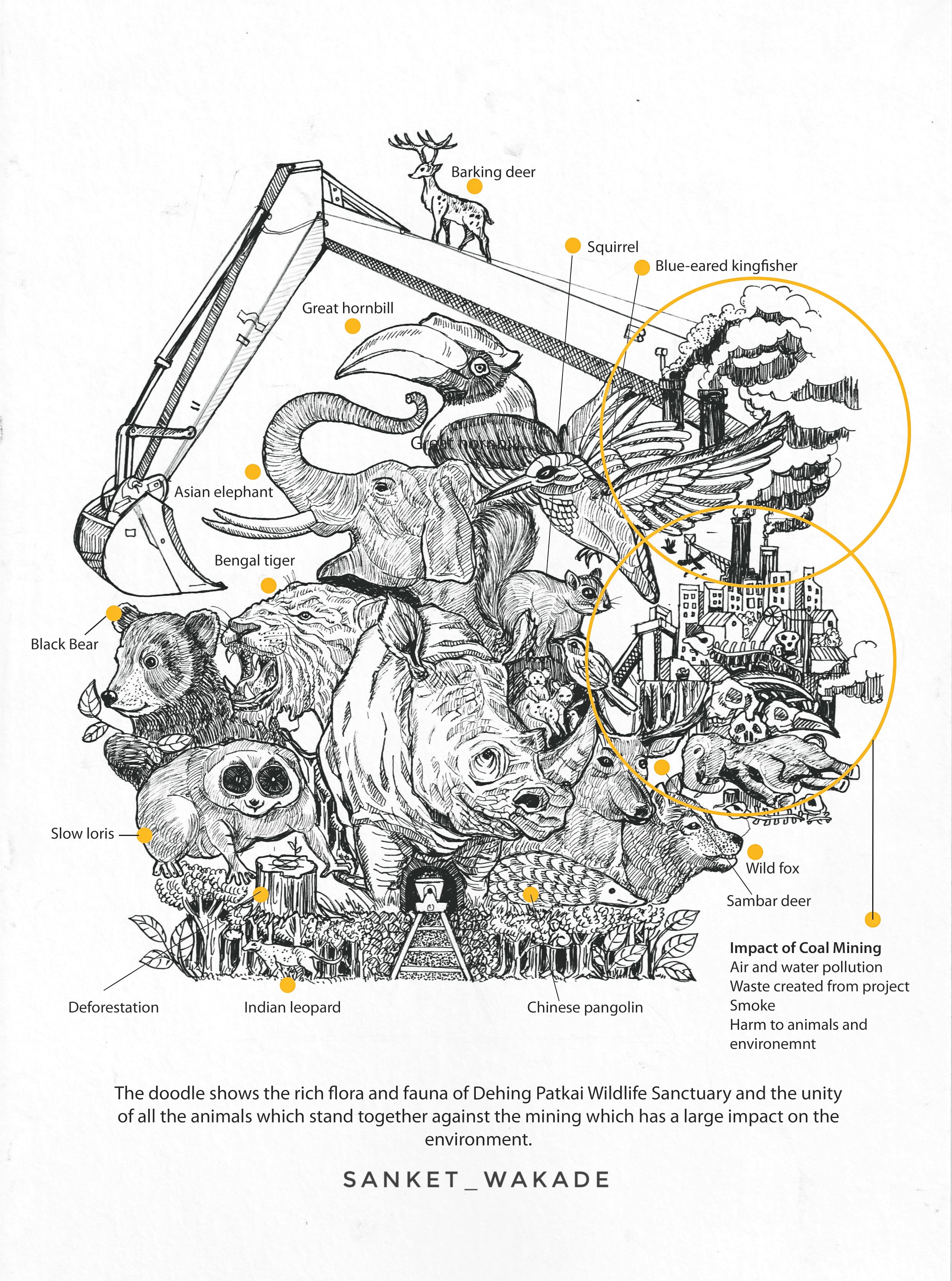 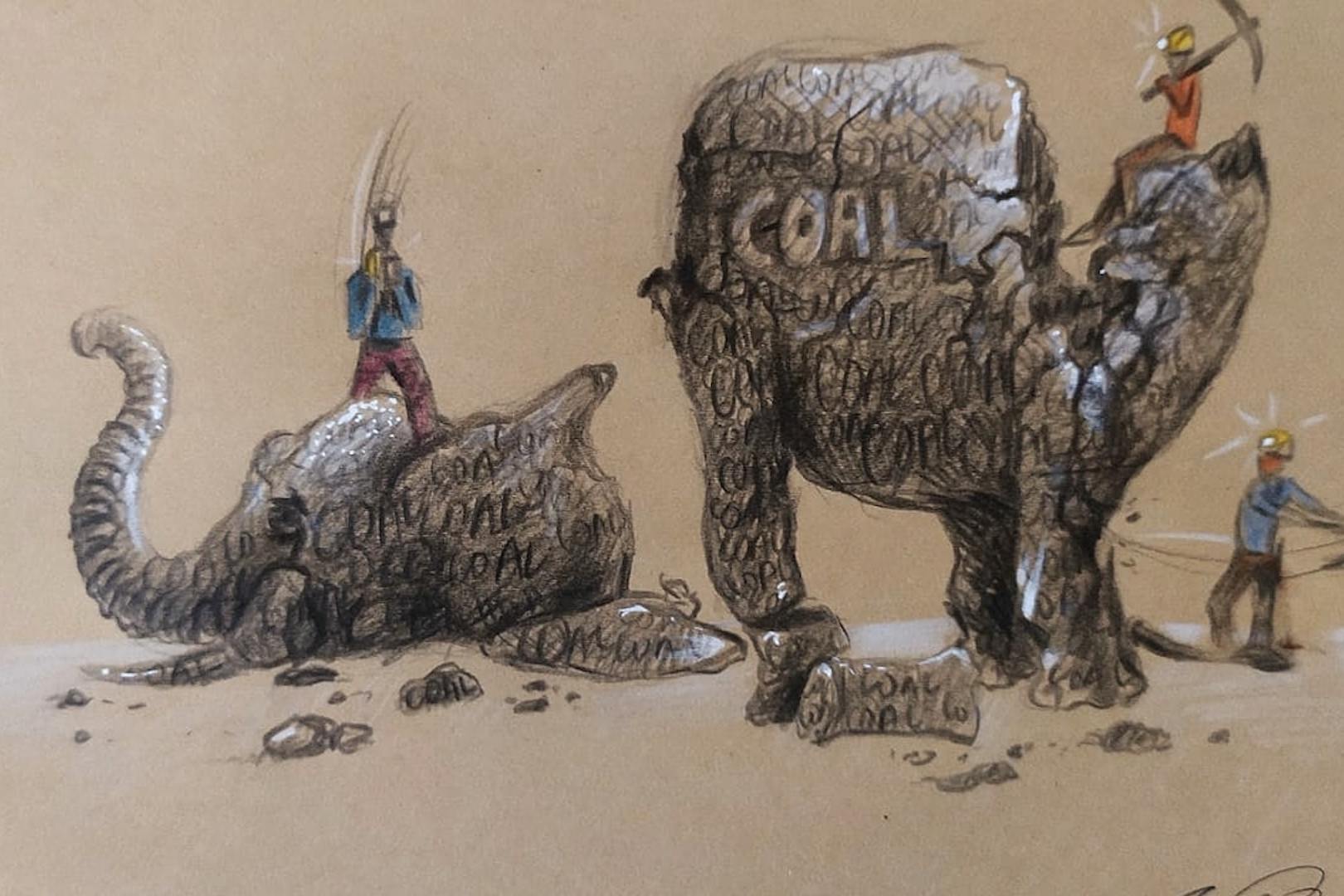 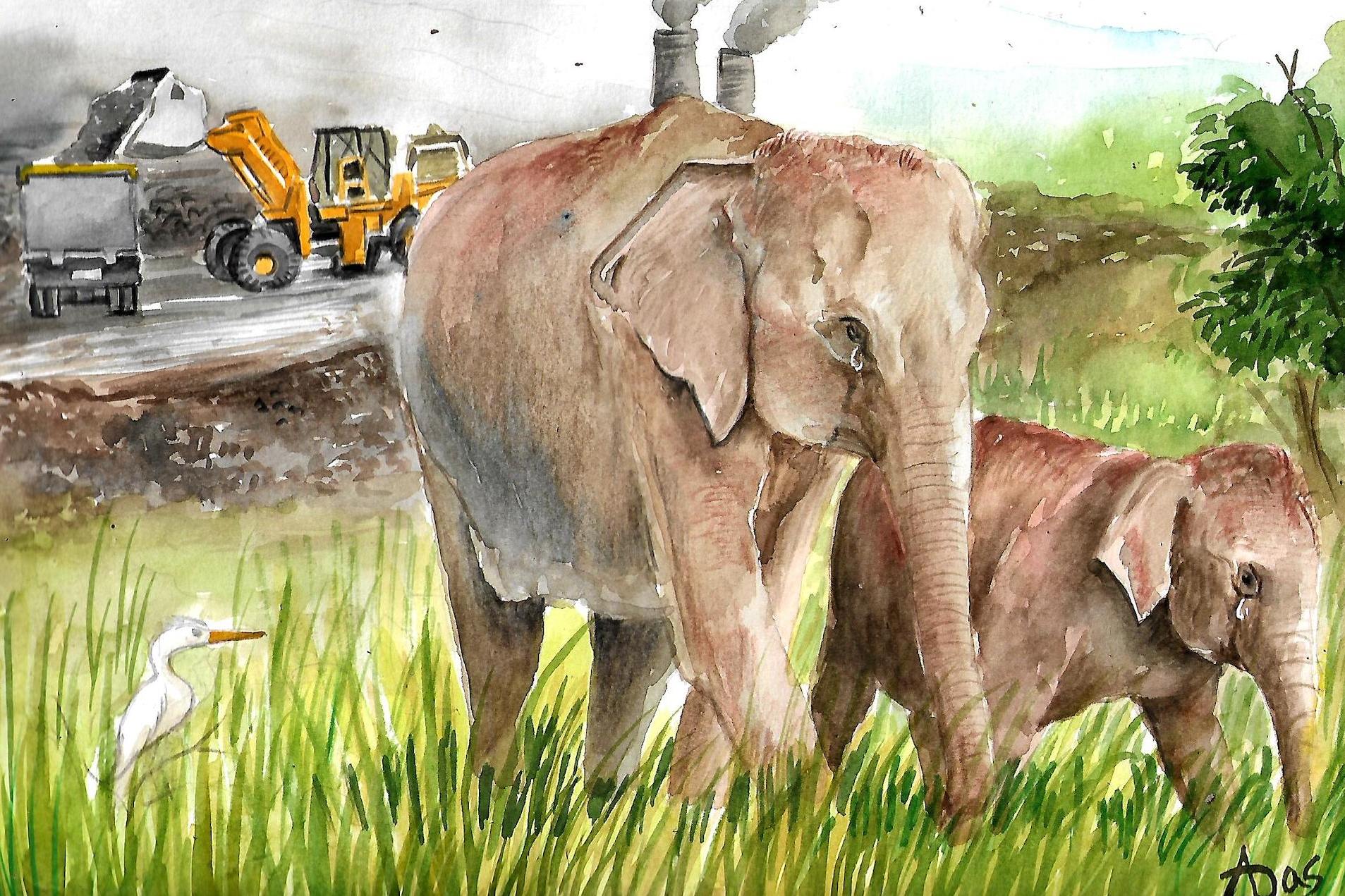 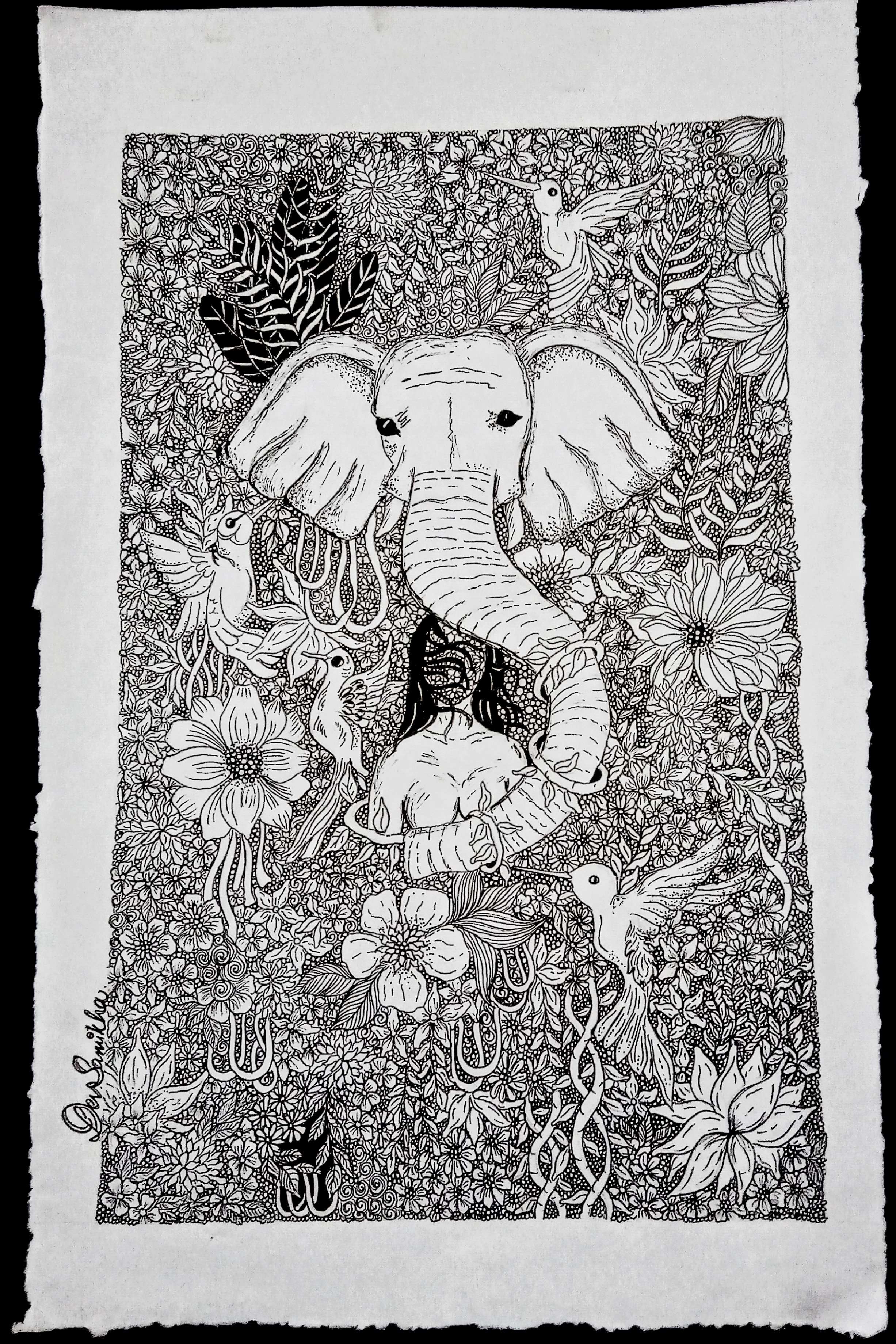 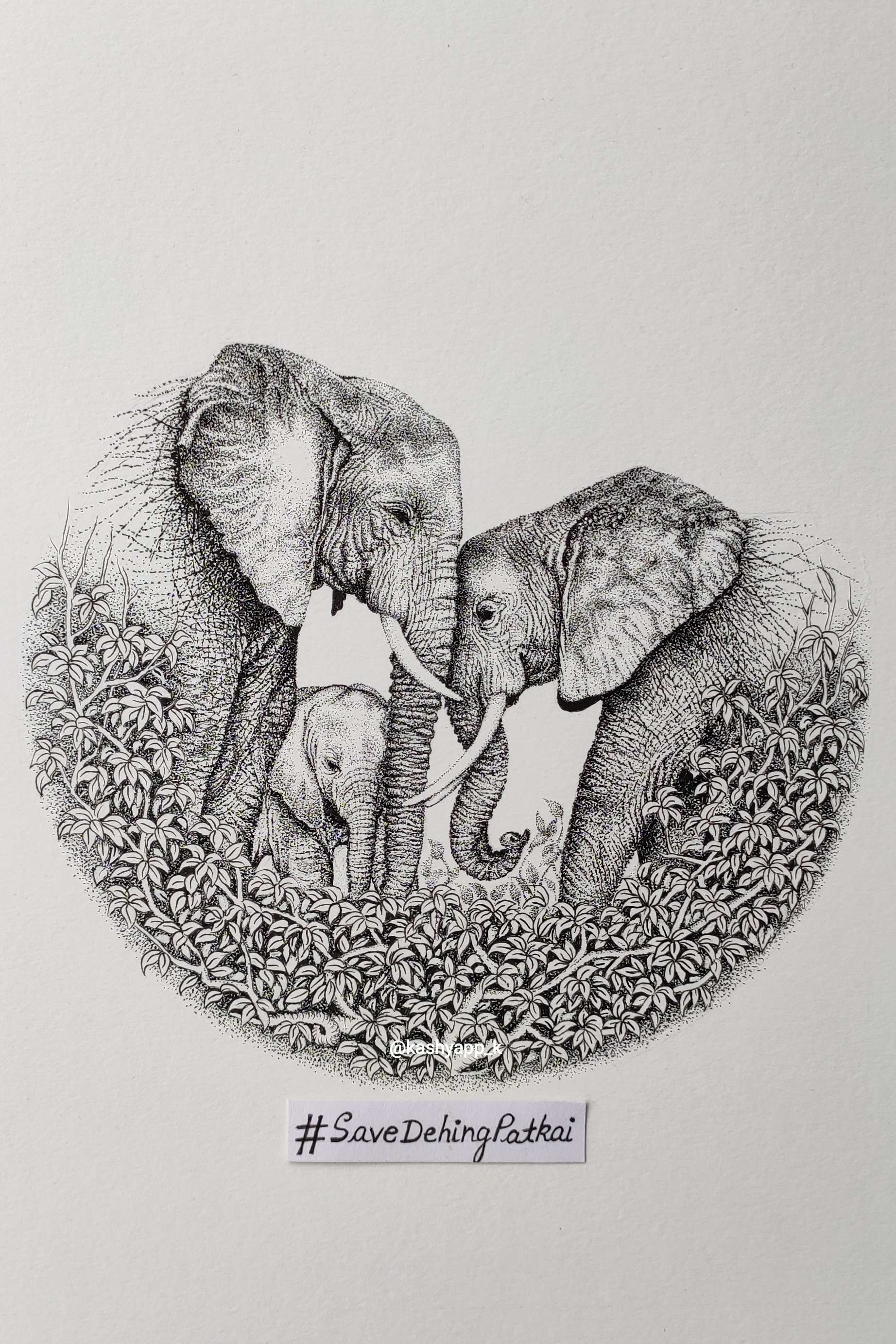 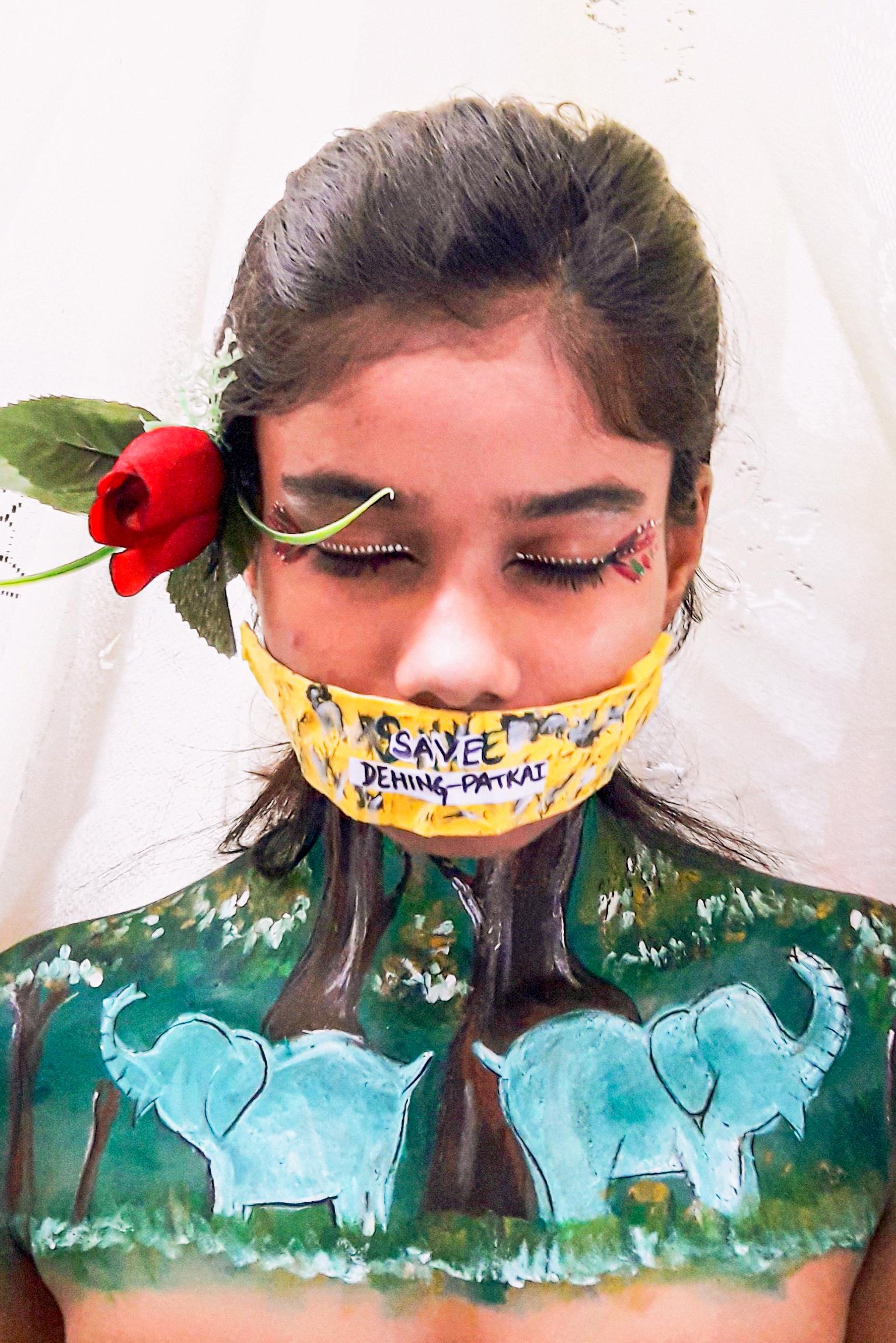 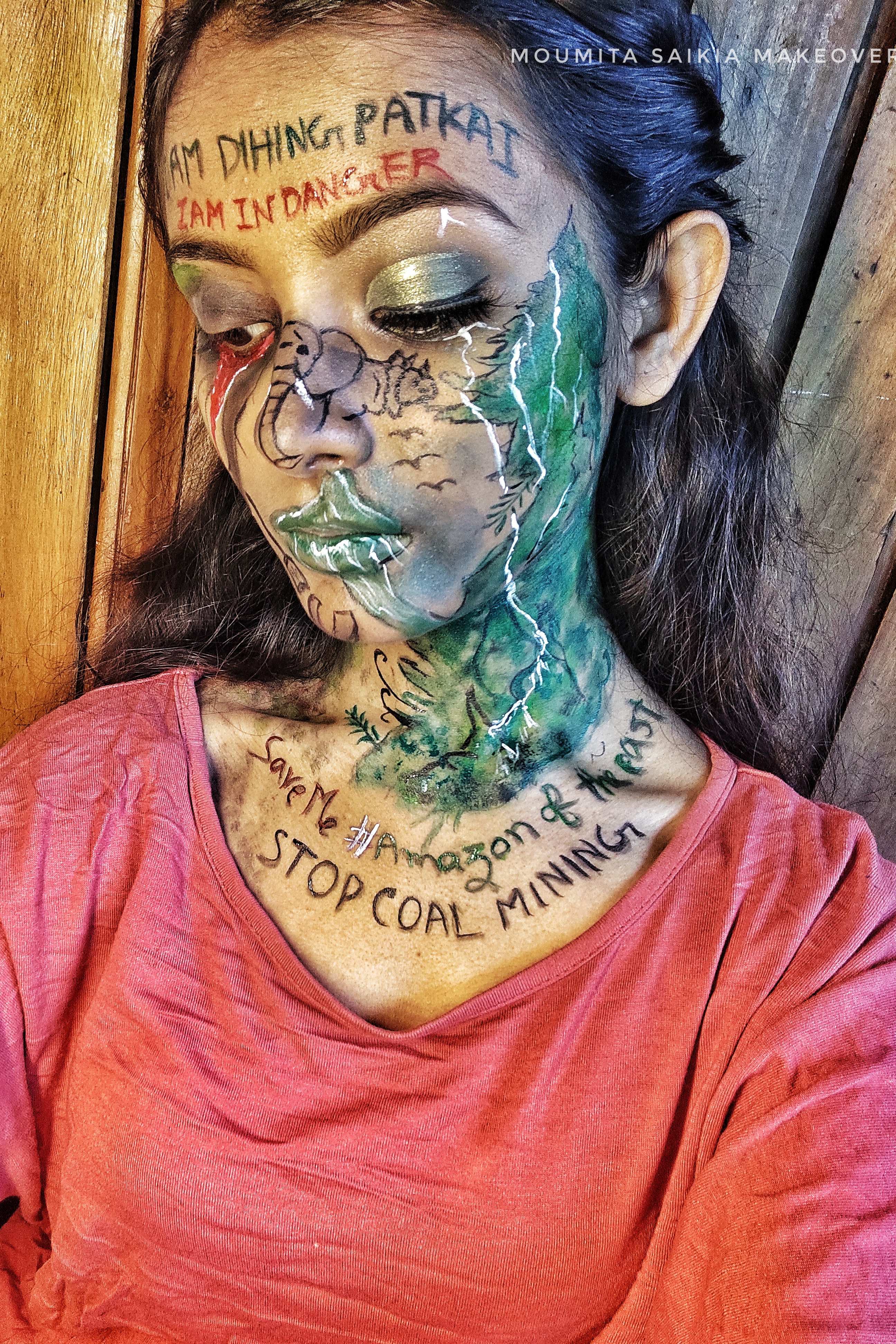 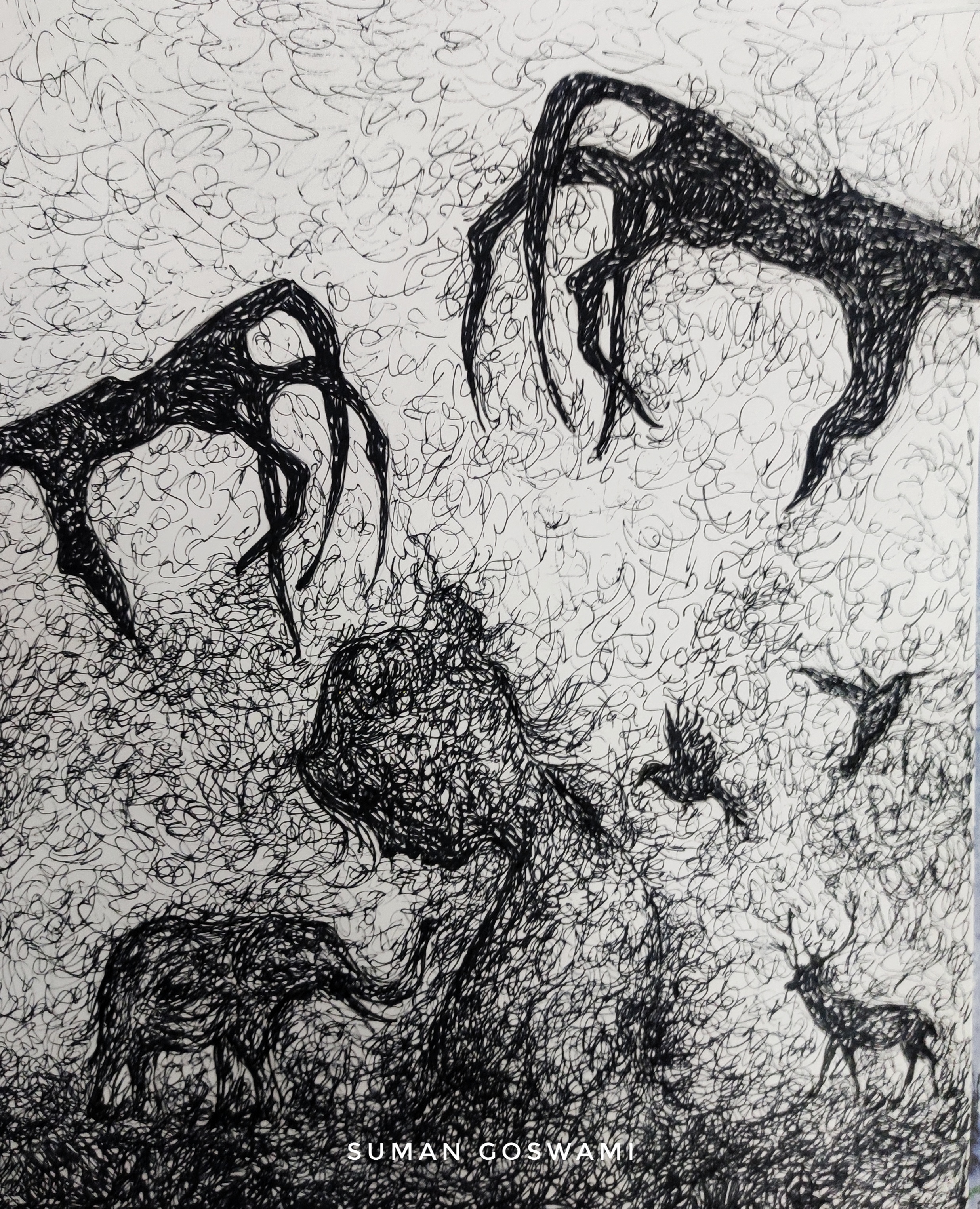 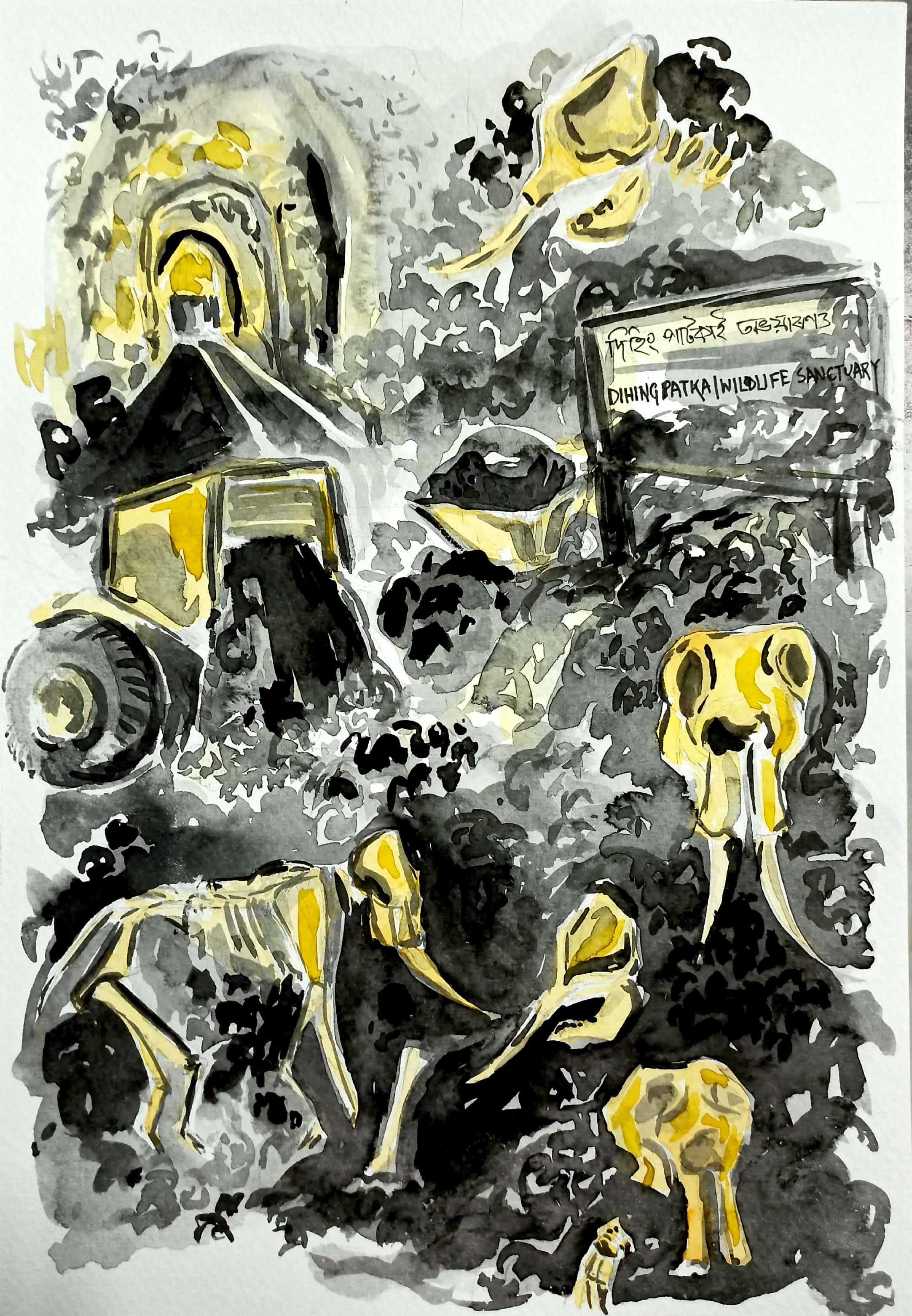 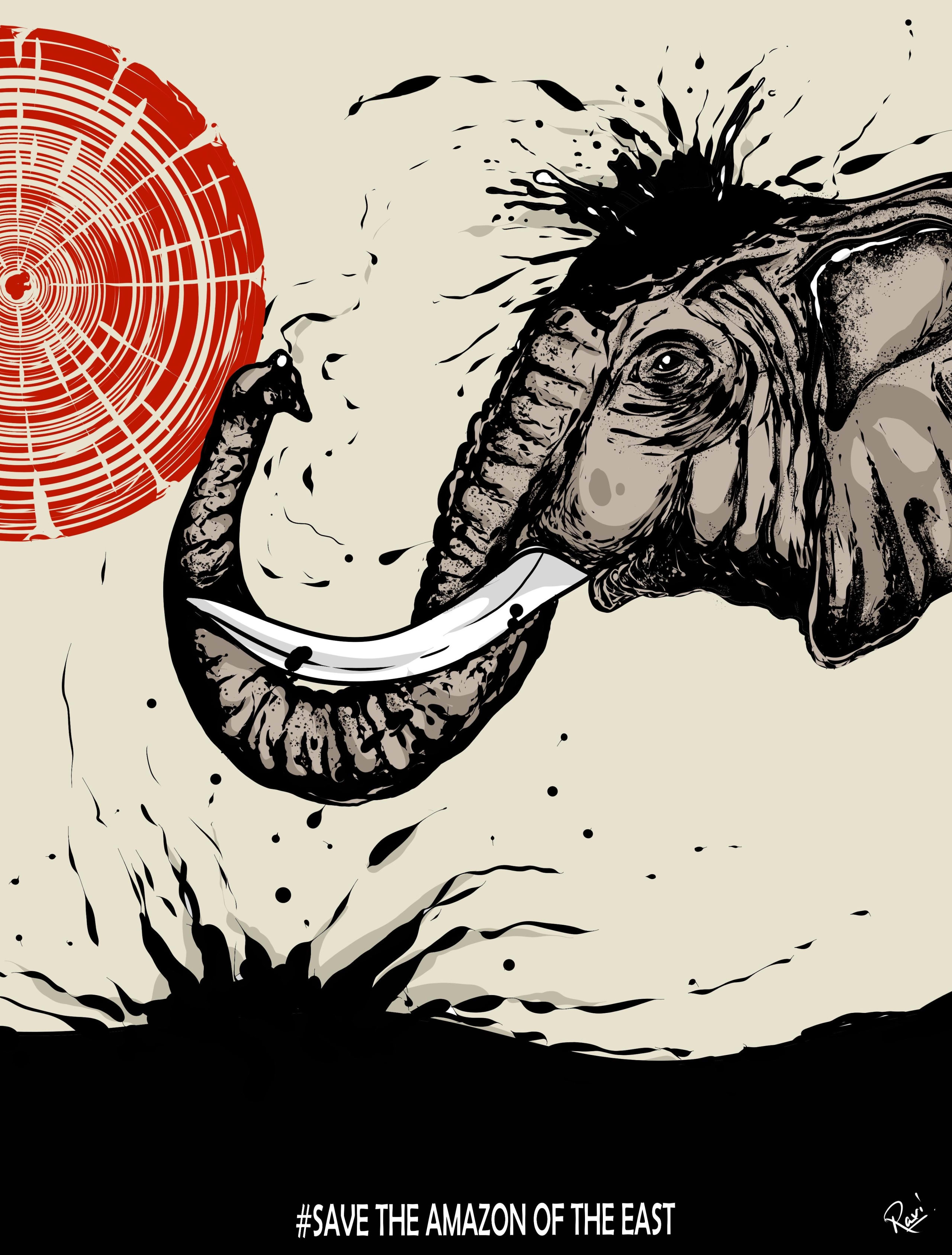 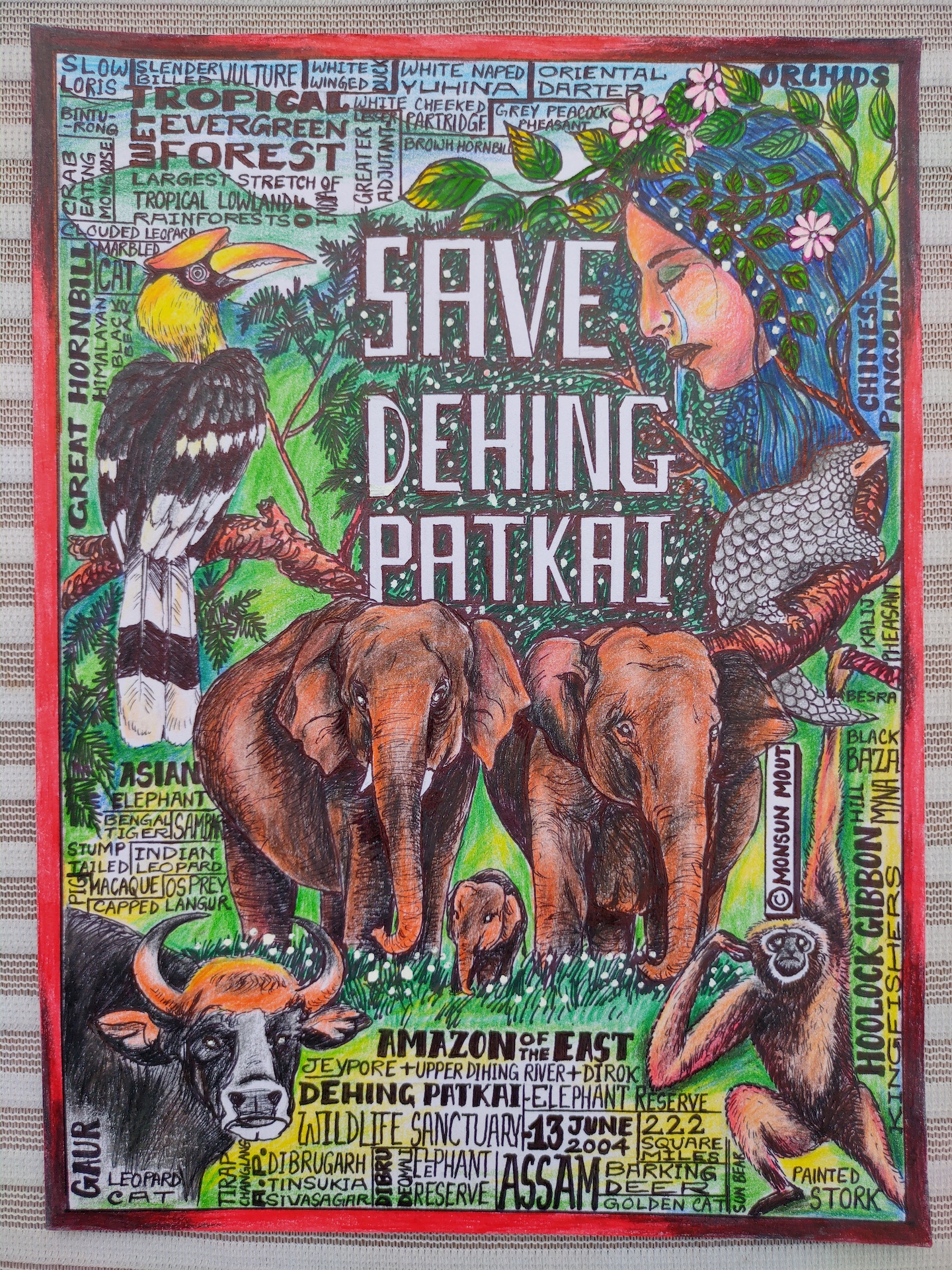 Saving One of the Largest and Rarest Turtles from Extinction