India’s coal and shipping ministries have been encouraging the use of water and air for coal transport despite dangers posed to environment, livelihoods and human life

Text by: Meenakshi Kapoor and Krithika A. Dinesh 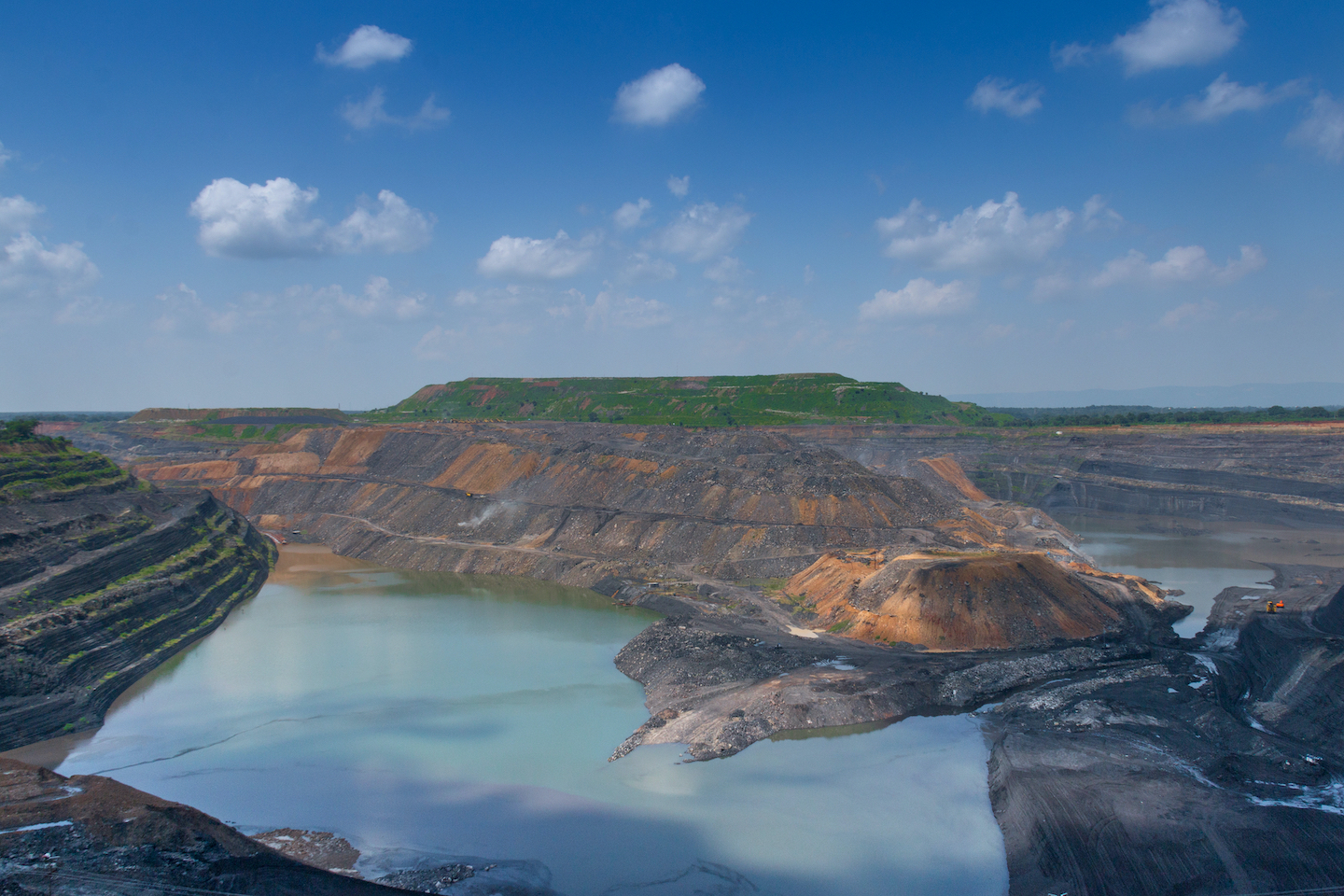 For over five years now, India’s coal and shipping ministries have been advocating the use of waterways and aerial ropeways for transport of coal. With the Draft Environment Impact Assessment Notification (EIA) 2020, a big push is slated to come for these modes of transport. The draft, released in March, proposes to spare them an appraisal by an expert committee, the need to take on board the public opinion and prepare detailed reports on their impacts. However, past studies and experts suggest that crucial impacts of coal transport may get overlooked.

Responding to the criticism, between 2012 and 2017, the environment ministry, while allowing exemptions to coal mine expansions, linked them with the mode of transport (conveyor systems and railway wagons) as an attempt to discourage use of road for movement of coal.

This made the Ministry of Coal also switch gears. In a meeting with the committee of secretaries on October 24, 2018, the coal ministry suggested that coal companies should explore the increased use of conveyor belts and overhead ropeways for transport of coal within a distance of 10 to 50 km. This, the ministry believed would bring down the consumption of diesel, pollution and cost of transportation.

The use of national waterways for bulk cargo movement has been pushed since 2012. In 2016, with the National Waterways Act, the ministry of shipping launched its plan to convert 111 river stretches into waterways and 37 of those were prioritised. The 2019 National Mineral Policy stated that waterways should be “promoted”. Keeping in line with the popular belief that these modes are cheap and environment friendly, the environment ministry in the Draft EIA Notification this year, included several relaxations to facilitate their ‘easy’ environmental impact appraisal.

Change in Environment Impact Assessment procedures
An EIA notification lays the procedure for grant of environmental clearance after due assessment of environmental and social impacts of any development project. The ministry released a draft EIA notification on March 12, which stands to replace the 2006 iteration of the law. In this draft the environment ministry categorises all waterways and those ropeways that are located in ecologically sensitive areas as B2 projects. B2 projects are granted environmental permissions that need minimal scrutiny, that too not by an expert appraisal committee but the state-level regulatory authority and the project can bypass a public consultation and preparation of a detailed EIA report. Prior to this, ropeways were categorised into two groups – the ones to be located at an altitude of 1000 m and the ones to be constructed in ecologically sensitive areas were categorised as A, to be appraised at the central level, and the rest were categorised as B2.

While waterways were not mentioned explicitly in the EIA Notification 2006, dredging, which is a key component of construction and maintenance of waterways, came under its purview. Although maintenance dredging, if it was part of the original proposal, was exempt from an EIA, an expert committee in 2017 had decided that waterways should be appraised as A category projects, as Shripad Dharmadhikary and Avli Verma of Manthan Adhyan Kendra, a water & energy research organisation, Pune shared in their 2019 paper.
An EIA report, besides the Environment Management Plan, includes project description, analysis of alternatives (which gains significance in case of wildlife corridors, ecologically sensitive and critically polluted areas, heritage sites, etc), and environment description (anticipated impacts, mitigation measures, environment monitoring procedures, cost benefit analysis). A thorough appraisal under EIA ensures the clearance conditions that are legally binding take care of specificity of the site, demography, existing pressures and risks. Even viability and desirability of a project, which can vary from case to case, gets examined. With the new draft there is concern that ropeways and waterways won’t entail such an appraisal.

Shift to new modes of coal transport
As recently as on February 3, 2020, Union Coal Minister Prahlad Joshi, in a reply in Rajya Sabha, informed that captive modes of coal transport such as merry go round or MGR trains (a closed circuit rail system), belts and ropeways are being promoted for supply of coal to power houses.

Last year, the environment ministry bestowed another relaxation on aerial ropeway projects. On June 27, 2019, the forest advisory committee, considering a request from the government of Himachal Pradesh, decided to exempt the ropeway projects from the requirement of obtaining a forest clearance provided they are for ‘public utility’ purpose, constructed 5 m above the tree line and only the forest area under terminal stations and towers will be diverted for the project. The committee allowed on the belief that ropeway projects are “eco-friendly and contribute to conservation.” The forest conservation division of the environment ministry sealed the decision in August 2019. The exemption, for now, is only for Himachal Pradesh but experience with policies such as coastal law 2019 suggest that its extension to other states may very well be on the way.
Waterways are also being used for the movement of coal. In 2018-19, 72.31 Million Metric Tonnes of cargo was moved on the National Waterways out of which 34% was coal and fly ash, according to Inland Waterways Authority of India (IWAI).

Ignored impacts
The current thinking within the ministry is that these activities are low cost, and not just environmentally benign but ‘eco-friendly’. However, experts, activists and even the ministry’s own assessments in the past prove otherwise.

In February 2010, the environment ministry had come up with a guidance manual for environmental impact assessment of aerial ropeways. While the forest advisory committee deemed them to be lacking serious impacts, the manual identified impacts such as habitat fragmentation and blocking of migratory corridors, when ropeways are constructed in forest areas. It identified impacts such as soil erosion and contamination, change in drainage pattern, generation of waste water, risk of disasters due to technical failures and increase in vulnerability during natural hazards. The EIA report of Dharamsala- McleodGanj Ropeway for example, also references China, where, between 2004 and 2005, over 1000 accidents happened due to breakage of rope in coal mines taking 1142 lives.

Pradip Chatterjee, Convenor, National Platform for Small Scale Fishworkers (Inland) lists the impacts of barges on river ecology and livelihoods. “Large carrier barges pollute water, cause noise pollution, they add to erosion, and the propellers generate shock waves that damage fishing nets. Moreover, maintenance dredging unsettles the river base, increases turbidity and destroys the fish habitat. Fishers who fish on the banks of these waterways have been reporting absence of fish. To top it all, capsizing of barges has become a recurrent incident on NW 1 (from Prayagraj to Haldia), causing oil and fly ash spill. They severely impact fish and water life,” he said.

The environment ministry’s expert appraisal committee on thermal power noted in its meeting on February 14, 2017 that continuous movement of barges in waterways requires maintenance dredging. It also underlined the fact that even when carried out with utmost care, 50 cm to 1 m of river bottom is removed. It also noted that the impact of dredging on dolphins was unknown.

Arun Shivkar, an activist with Dharamtar Khaadi Bachao Kruti Samiti and Akhagaon Zameen Bachao Sangharsh Samiti lives in Deoli and works with those affected by development projects at Dharamtar creek and port (NW-10), Amba river in Maharashtra. He shares the plight of the fishers and farmers who live on the banks of river Amba along the 48-km stretch that is used for cargo movement. “Fish catch has reduced to less than half. Due to dredging, during rain and low tide, bunds break and water from the sea comes in. Ingress of saline water has destroyed thousands of acres of agricultural land in the nearby villages.” He estimates that about 3500 fishers and 20,000 farmers are affected by the movement of barges and incessant dredging for maintenance of the waterway.

Weak regulation to govern coal transport
There is a fear among environmentalists that the scope of these projects may expand over time. For instance, the proposed ropeway between Sewri and Elephanta caves was envisaged as a tourist or passenger ropeway, but soon after, the Mumbai Port Trust started exploring the possibility of movement of cargo on it.

“With this change in the legislation, waterways will be fast-tracked, that too without proper appraisal and scrutiny. There is a significant ramification of this change. Many proposed inland waterways projects have coal as the major commodity to be moved through this channel. To make coal transport economically viable, barges will probably not return empty. They will take coal and come back with fly ash and recent incidents of fly ash spillage in the Hooghly river tell us how loosely this sector is regulated. We may only see a rise in such unfortunate incidents”, suspects Verma of Manthan Adhyan Kendra.

Already in 2018-19 in Maharashtra almost 40% cargo moved through water ways was of coal, Verma shared. When asked about the safeguards, she lamented, Inland Vessels (Prevention and Control of Pollution and Protection of Inland Water) Rules, 2016 don’t even list coal and fly ash as designated pollutants. But does that mean they don’t deserve any attention while being handled?”

Environmental impacts an afterthought
While impacts of coal transport through road and rail, primarily for their air pollution effect, get discussed, the impact of coal transport through river channels is hardly a part of the public discourse. “While only airborne pollution from coal transport gets the public attention, coal dust has impacts on water ecology too. Coal dust is physically abrasive. It negatively influences gill development in fish and in turn, affects inland fishing as a livelihood option, but this impact is not recognised”, rues Verma.
Environmental regulation of transportation of coal through road and railways, came as an afterthought- as state-level guidelines, and it still hasn’t transpired across states. Gujarat was the first state that in 2010 laid down the coal handling guidelines including pollution control measures during transportation, storage and handling of coal. For railways, while a national policy to regulate coal transport is missing, Odisha is the first state to have formulated guidelines for railway sidings to abate pollution while handling minerals, in 2010.

A coal mine in Odisha. Photo: Ashwani Tyagi/Shutterstock

In 2015, following public complaints of air pollution by those living near sidings, the Central Pollution Control Board conducted a study that suggested guidelines be issued for pollution management near sidings. An October 2019 order of the National Green Tribunal asked the railway board to adopt pollution control measures in railway sidings. Both these suggestions are yet to be implemented. Overall, the fact remains that the EIA process paid little attention to the impacts of coal transport and this has had consequences for those living near such rail and road routes.

Keeping those living close to potential water and aerial routes of coal movement outside the scope of project decision-making, giving only a fleeting glance to potential impacts and rushing through appraisals seem like a repeat of past mistakes.

This story was first published in Mongabay India.

Meenakshi Kapoor and Krithika A. Dinesh

Saving One of the Largest and Rarest Turtles from Extinction

Spotted! A Leopard on the Prowl