How Village Folklore Helps Conserve the Ibex of Pin Valley

In the remote villages of Spiti Valley, people and nature are bound together by instinct and tradition

With the first light of day, the villagers of Sagnam, Himachal Pradesh, sprang into action. Especially the women folk, clad in woollen kurta-pyjamas and jackets, with scarves tightly wrapped around their heads, covering both ears. They began the day fetching water for drinking and cooking. Swaddled babies slept with their heads set comfortably against their mothers’ shoulders, while the women carried on their morning chores.

Sipping black tea, I looked out through the window of my cosy first floor room and saw Eshe, my landlady and her husband, Padma. The latter brought their dzomo (domesticated hybrid cow-yak) and a few sheep and goats from the pen and handed them over to a villager whose duty it was to graze the village’s livestock that day.

Sagnam is the largest village of Pin Valley, in the cold desert landscape of Lahaul and Spiti in Himachal Pradesh. The area is the habitat of Asiatic ibex, blue sheep, and the snow leopard — animals that I had been observing, as part of my larger study on this mountain ecosystem. Unfortunately, the meat and ridged horns of the ibex have attracted the attention of subsistence communities and trophy hunters since pre-historic times. Even today, it remains hunted across its global range. In Himachal, ibex numbers have dropped due to hunting by migratory herders and resident communities for subsistence. In some cases this has nearly driven the species to local extinction. 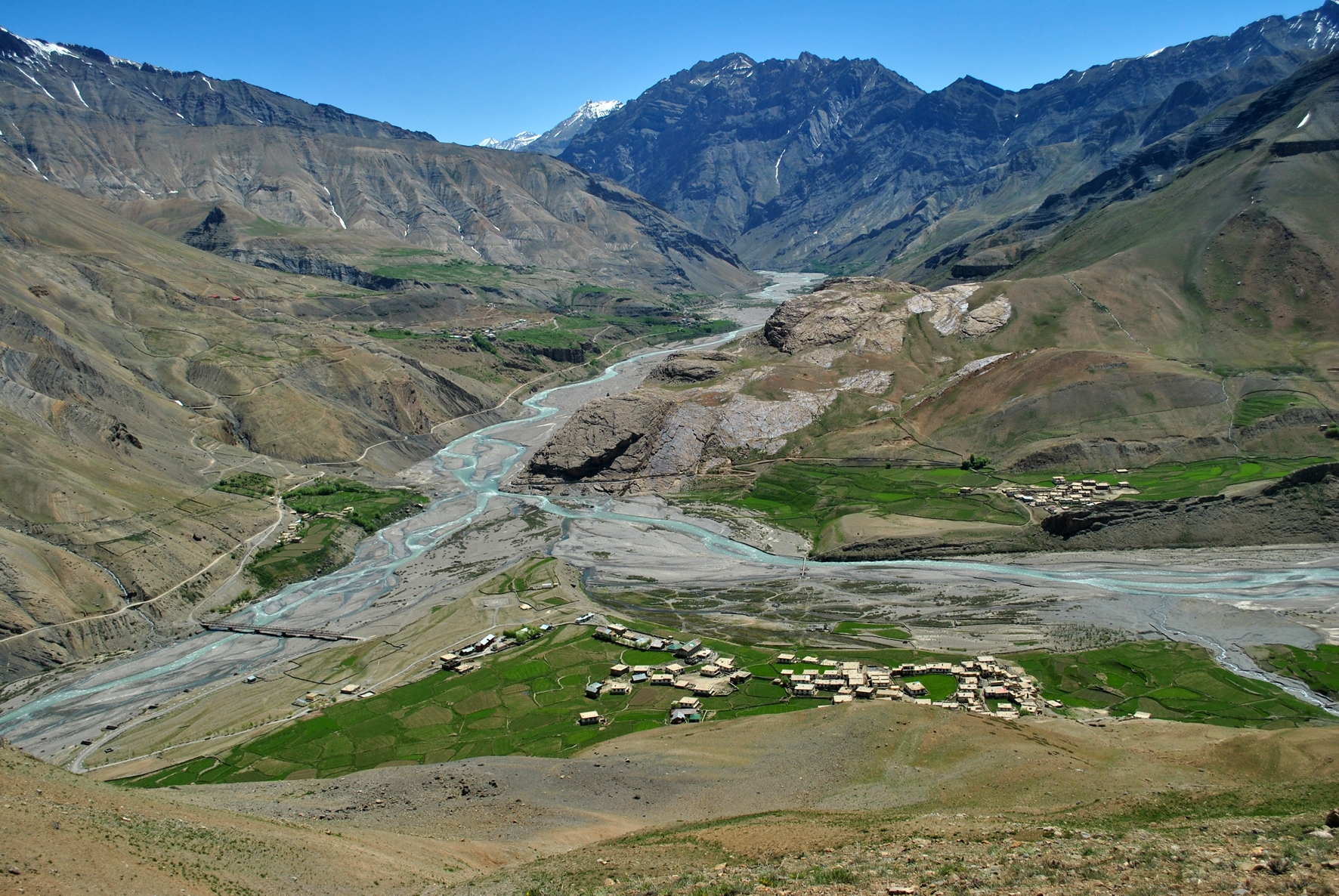 Sagnam village is situated at the confluence of the Pin and Parahio rivers in the Pin Valley of Himachal Pradesh. Photo: Abhishek Ghoshal Weighing an average of around 90 kilos, the Himalayan ibex roams the western Himalayas in Pakistan and India, usually at elevations of 3,200 m or higher. Cover Photo: 123shob123 - CC BY-SA 4.0

Over six years, I visited various parts of Himachal, gathering information about animal movement, documenting human-animal interactions, and understanding the nature of the relationship between the locals and their habitat. The residents, I found, have a deep connection with the land, as their livelihood and survival depends on it, but there are other forces at play too.

Every village in Pin Valley has its own devta, or spirit, a mythical figure that is ancient, powerful, and sometimes temperamental. At festivals, the devta is worshipped, and offered gifts. In times of trouble, it is summoned for counsel. Upset the village devta and the river dries up; anger him and it might snow uncontrollably. Please the devta however, and the fields abound with food. In villages like Sagnam, people and nature are bound together by instinct and folklore.

On this trip in particular, I was surveying the Asiatic ibex in Pin Valley through the summer months. With about 250-300 individuals, this valley, in the Pir Panjal Range of the Himalayas, is a stronghold of ibex, a wild goat and important prey for the endangered snow leopard.

The Himalayan ibex’s most striking feature is its huge, curved horns, characterised by notches in the front. Its fur ranges from pale to dark brown, and varies in thickness according to the season. Photo: Tashi Lonchey - CC BY-SA 4.0

Keen to get started on my day, I finished my tea, and joined my hosts for breakfast of leftover chapatis, eaten with curd and pickle. What remained was carried to the field for chhota lunch. (Chhota or mini-lunch is the midday meal that precedes bara or main lunch prepared by one of the family members and served in the field around three o’clock). Eshe, Padma and their extended family would spend the day harvesting and stacking grass from dawn to dusk, intermittently sipping away on sweet milky tea. At the end of the day, they would bring in their haul and store it in the dark, ground floor rooms that serve as winter shelter for livestock.

I was off to a different kind of field, in another part of Pin Valley, to look for ibex. I left at 7.30 am with a few associates, and while I was away, a monster storm struck Sagnam.

Women of Sagnam village work on fields of green pea, which is the main cash crop for the villagers in the region. The peas of Spiti Valley are famed for their sweetness, and crunch, and sought after at lower altitudes. Photo: Abhishek Ghoshal

It wasn’t until I returned at 5 pm that day that I found out what had happened.
“Usually, strong winds start blowing around 11 am in Sagnam,” said Zangpo, Eshe’s brother who has immense knowledge of the natural history of Pin Valley. The wind was unusually weak on that day, he thought. Most villagers were having chhota lunch in their fields, when the wind completely stopped for a moment. There was an eerie silence all around. A few dogs barked in the distance. Then, out of nowhere, came a monstrous wind. Zangpo saw a column of dust, swirling up, very high on the mountain slope to the west of Sagnam. Within thirty seconds, the massive dust column was charging towards the village. Everybody was shocked.

Somebody cried out “De phusup… bhaago” (Rice-dust…run). Abandoning their chhota lunch, people in fields hurried to secure the piles of fodder grass they had collected, in whatever shelters they found nearby.

Agriculture and livestock herding are primary sources of income in these parts. During August-September, the villagers harvest green pea and barley. Green pea is the main cash crop, while barley is for subsistence. That week, they had been collecting grass from the fields to be stocked as fodder for their prized livestock in the harsh and long winter months. It was hard work, so when the storm began, some of the villagers threw themselves over the sacks to save their fodder.

Zangpo recollected that the dust storm ripped right through their fields. For a few minutes there was sheer darkness. Sagnam turned into a ghost village. The storm left Sagnam as suddenly as it had arrived.

Interestingly, we each had our own explanation for the phenomena. Over a cup of black tea and some home-made snacks, Eshe told me about Muru phu, the local name for some old cave ruins at the confluence between Parahio and Pin rivers, believed to be home to a devta. “Our devta of Muru phu has a monstrous enemy who resides on the mountain west of Sagnam,” Padma added. Local legend has it that the monster dispatches the storm from his abode, causing mayhem in the village, but when it reaches the ancient caves, it is defeated by the devta of Muru Phu. It happens almost every year, during autumn. 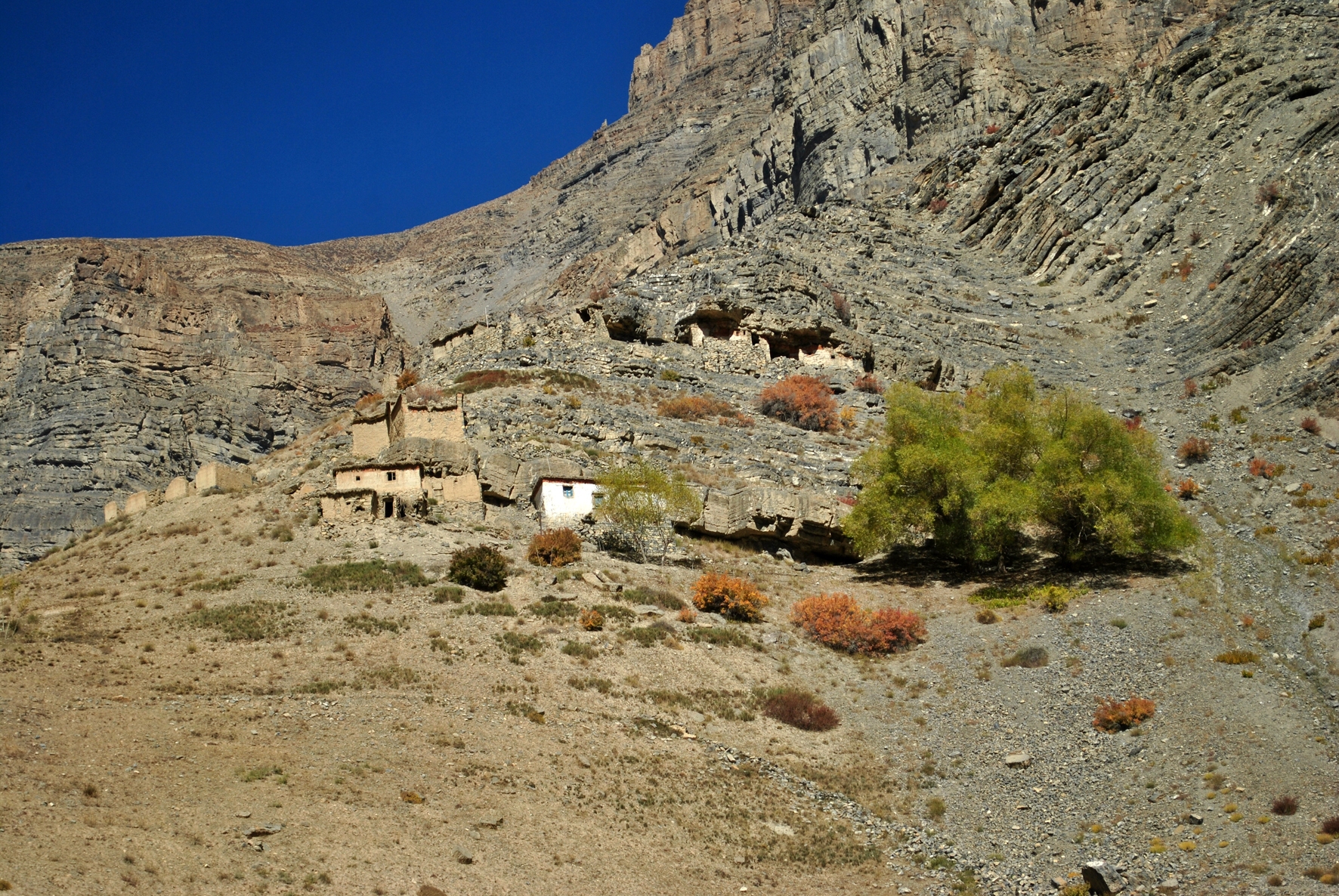 The Muru phu caves perched above Kalamurti village, one of the smallest settlements in Pin Valley, and home to less than a dozen families. Photo: Abhishek Ghoshal

When it was my turn, I tried to explain the scientific reason behind the dust storm. Owing to differentially heated areas, intense high and low pressures are formed. The mountain to the west of Sagnam is where de phusup originates, sweeps through the village following the pressure gradient, and crashes into the mountain with Muru phu after a dramatic westward turn. Basically, it was the geomorphology of the area that caused the storm to originate in Point A and end in Point B.

Eshe didn’t pay too much attention to my explanation. Laughing at my failed attempt to convince them, she mentioned something else that caught my attention. “The devta offers ibex meat to dedicated disciples,” she said, explaining that when people have a request for the devta of Muru Phu, they visit the cave, make an offering, and put forth their needs. According to local legend, when they open their eyes after prayer, they often find a piece of ibex meat before them.

It is because of this belief that the natives of Sagnam do not hunt ibex, even though it is consumed in other areas in the region. Since it is the devta that makes the meat offering, it is perceived that all ibex in the valley belong to the spirit. As Eshe put it, to hunt one could potentially anger the devta, and this was to be avoided at all costs or “the rice-dust monster would destroy the village.” 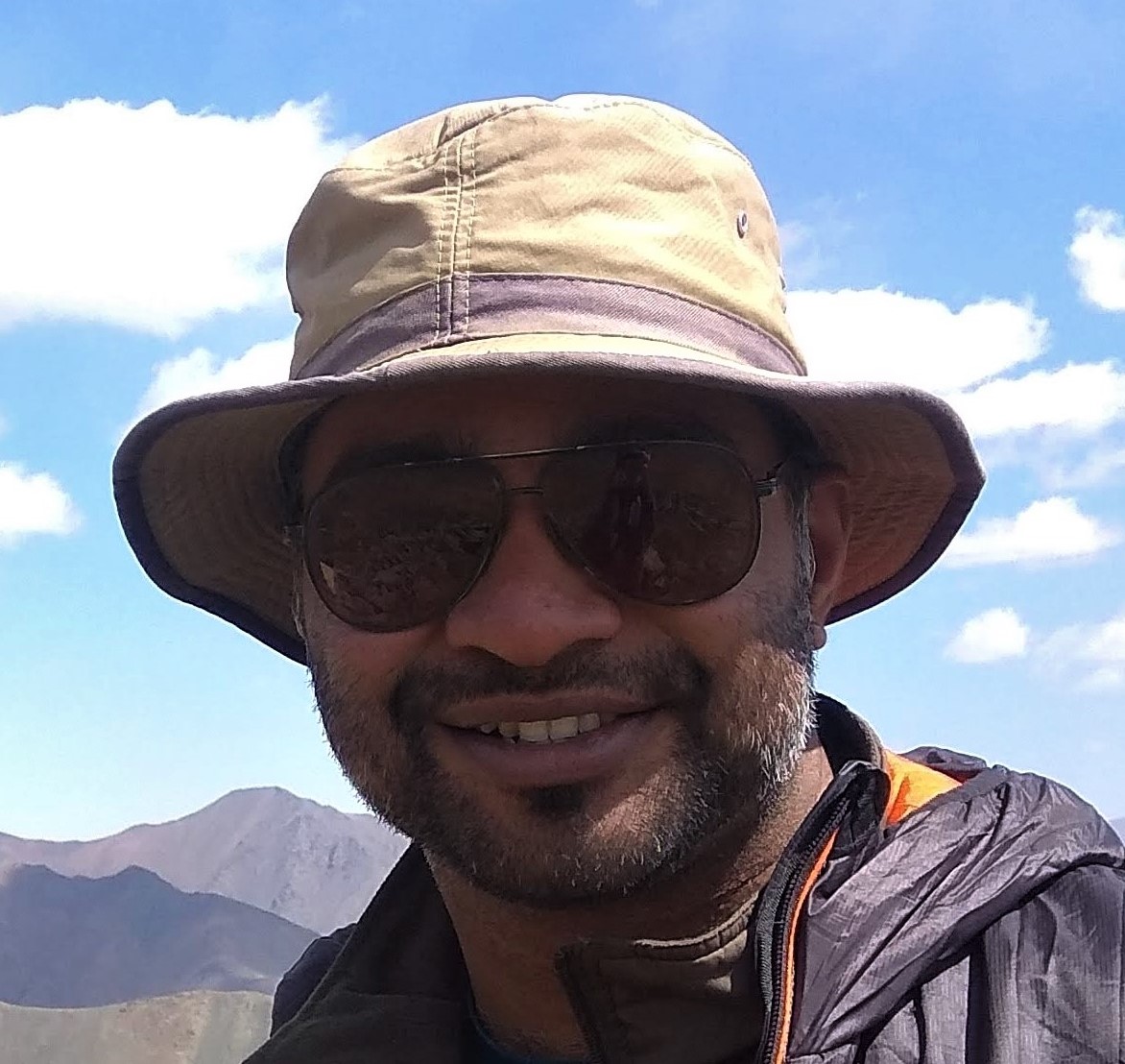