The rocky outcrops, scrub forests, and grasslands of Koppal in North Karnataka are under threat causing a drastic decline of large carnivore populations and disrupting the coexistence of humans and wildlife in this habitat 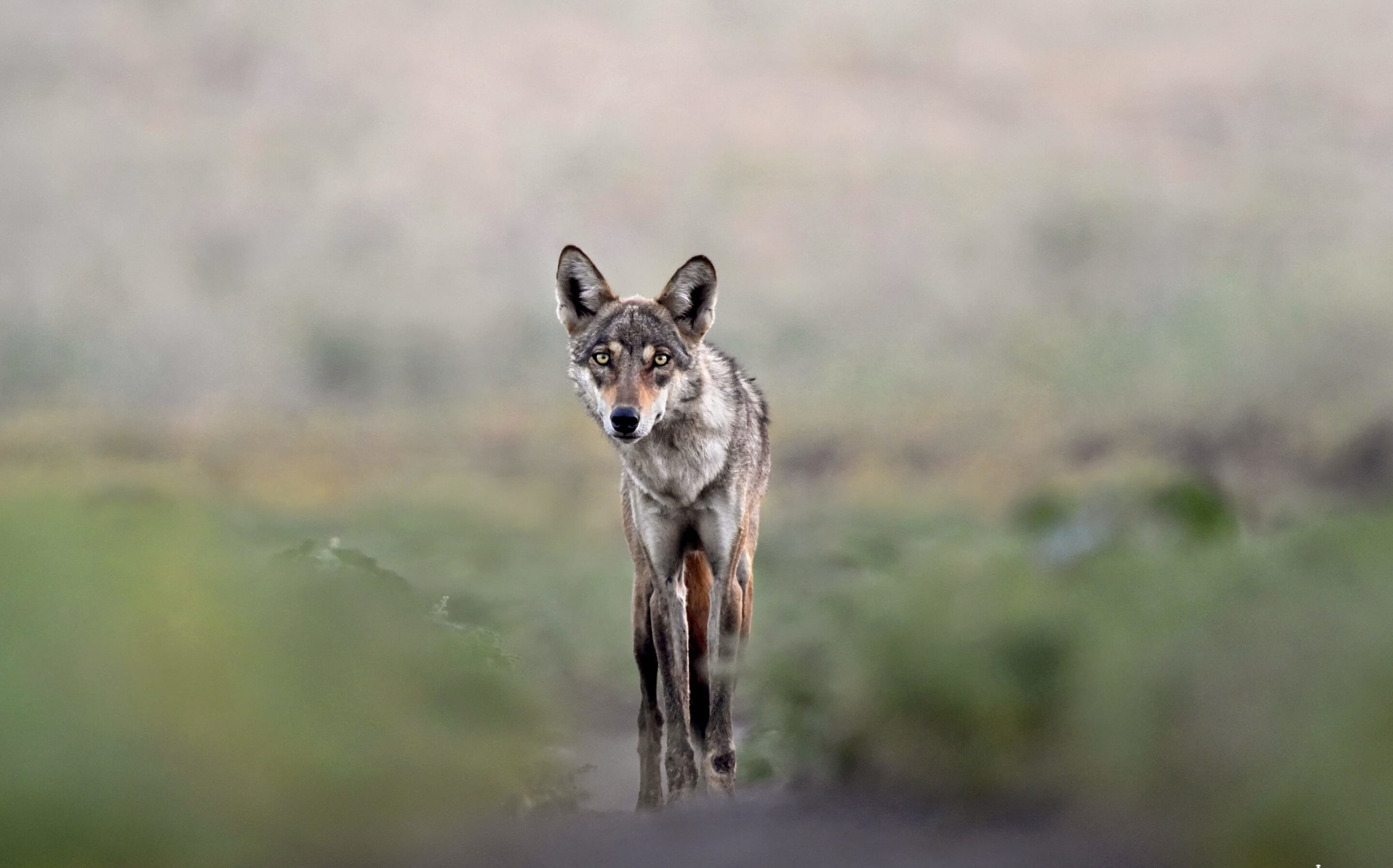 I stepped out of the bus into a cold morning in Gangavathi, in Koppal district, North Karnataka. I had researched Koppal for six months and could barely contain my excitement at finally being here, as Suraj, a researcher from the Deccan Conservation Foundation (DCF) asked me to climb into his dusty pickup.

Winter was just about to set in and the crops were lush and green. Occasionally I saw swathes of rocky outcrops dotted with scrub forests, and grasslands with their inflorescences swaying in the breeze. I kept my eyes peeled, hoping to catch a glimpse of the elusive Indian wolf (Canis lupus pallipes) against the black cotton soil.

Koppal has a diverse array of carnivores such as leopards, wolves, striped hyenas, sloth bears, small cats, and mongooses that prey on various animals from large herbivores like blackbucks, chinkaras, and wild pigs to smaller creatures like rodents, birds, lizards, and termites. In this densely populated landscape of about 7,200 sq km, wild animals share a complicated existence with approximately 120,000 people, and three times as many livestock . I hoped to conduct an interdisciplinary study to estimate the populations of large carnivores, and supplement it with socio-economic surveys to understand and unravel the complexities. This is what led me to DCF’s field station, in a quaint summer bungalow, the ancestral property of Mr Indrajeet Ghorpade, honorary wildlife warden of Koppal. 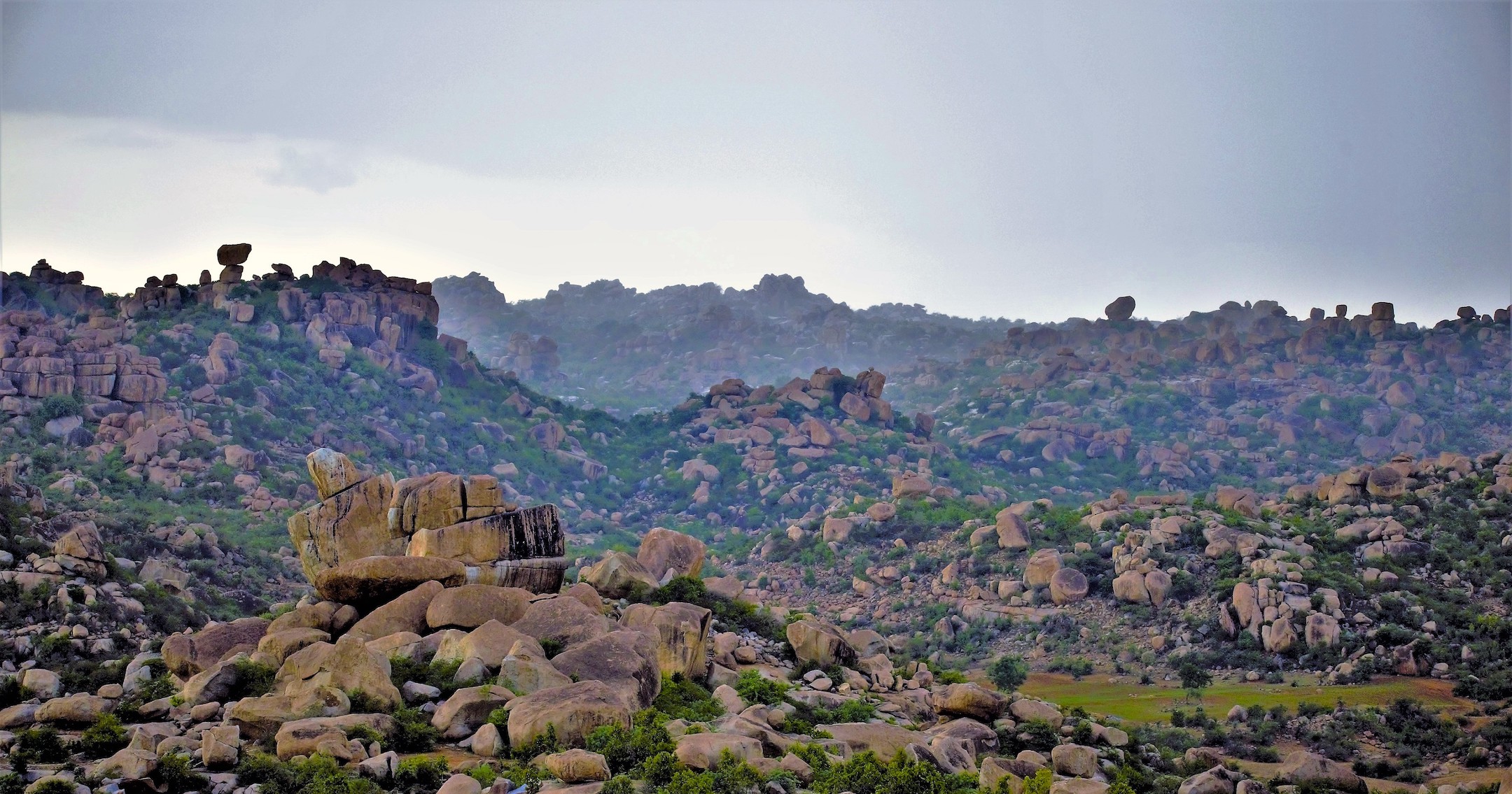 Rocky outcrops are the last remaining refuges for wildlife in Koppal. During denning months several carnivores such as leopards, bears, and jungle cats share the same outcrop while rearing their young.
Cover photo: The Indian wolf is an endangered subspecies of the grey wolf. It is found in pockets of arid grasslands and scrublands across India.

Suraj and I travelled from the arid rangelands of northern Koppal to the endless paddy fields fed by the Tungabhadra River that mark its southern boundary. We mapped out scrub forests, marked dens, followed misleading pug marks and scat trails, and spoke with every shepherd who gave us time.

Wolves are social animals, each pack member plays a critical role in rearing pups, maintaining territory, and foraging. Social bonding, play, and pack hunting abilities are intertwined with their survival.

Around noon, as we sought refuge from the blazing sun, we met Beerappa, a Kuruba shepherd. Kurubas are traditionally nomadic pastoralists who for centuries have wandered the Deccan grasslands. They moved across different states following rain clouds in search of better pastures. Each family moved with an estimated 600-1,000 sheep, while the wolves followed them across the landscape. Their way of life has been steadily under threat due to modernisation; however, the Kurubas don’t harbour any animosity towards wolves when they lose an occasional sheep.

As Beerappa walked us to the next village, he told us why. Kurubas believe that wolves and humans were once brothers. When Mother Nature distributed inheritances, humans were given lush agricultural fields and livestock, while brother wolf was only given dry scrublands. Before brother wolf vanished into the forest, he promised to reclaim his rightful share of an inheritance. Kurubas also believe that wolves only kill weak and diseased sheep which helps the shepherd. These beliefs have ensured that wolves are protected from retaliatory killing.

Beerappa dropped us at the house of his host Kalakappa, a farmer in Bairapura. We were welcomed warmly, chairs were pulled out, and we were offered generous handfuls of recently harvested groundnuts. Kalakappa works with DCF as a local conservation leader and informant, he is also a gifted storyteller. He spoke about how all species are bound to the earth, sky, and rain. That we follow the same patterns of hunger and survival. “When it rains man must know what he must sow, and the wolf must know where to go.” Kalakappa offered us a plate laden with fresh jaggery along with this wise observation. He was worried blackbucks were being hunted for their meat and their decreasing population had affected the wolves. Blackbuck herds that used to have 150 individuals now only have 30-40, and wolf packs had declined from 10-12 members to 4-7.

The Indian leopard is a highly adaptable species. Leopards are essentially solitary and territorial animals that prey on both domestic and wild herbivores.

I left Kalakappas’ house with more questions than I arrived with. With decreasing natural prey and increasing livestock predation, I wondered how different communities navigated losses and what influenced them. The following day, I realised that communities based their responses on cultural and economic factors, but were also conscious of the watchful eye of the forest department.

We set off early the next morning, and as we entered a village, the Lambadi women in intricately embroidered sarees and silver jewellery peeked out of their homes. Their children curiously followed us to a farmer’s house where we were offered tea and a charpoy to sit on his veranda. He was an agriculturist who primarily grew maize, bajra, and watermelon, and had a flock of 40 sheep. A few nights earlier, when it was raining, the wolves quietly sneaked into his sheep pen and killed seven sheep. Fuming at his fate, he revealed that his ancestors would poison the sheep carcasses as a retaliation measure, to kill the wolves, but now the practice is outlawed.

His distaste for wolves stemmed from the fact that they also raided his watermelons! He said the wolves were a constant nuisance. They preyed on his livestock from monsoon to winter, while in summer they raided at least fifty watermelons each month. He added that in 2019, leopards had taken more sheep from him than the wolves. Despite his frustration I found that he viewed wildlife as independent beings driven by understandable motives such as hunger and thirst.

Blackbucks are an endangered species endemic to the Indian subcontinent. Male blackbucks establish dominance, territory, and access to females during the rutting season through fights.

That evening as we entered the scrub forest in Indragi, we met two shepherds hurrying to get home before dark. One told us that a leopard had killed his goat less than an hour ago, remarking that while the animal would have a full stomach for a few days, he had to go and fill his own now. Suraj and I stayed only a few minutes longer to catch the honeyed sunset. Just as the sun dipped behind some rocks, I saw something move in the distance. In stunned silence, we watched a leopard walk down, sit on a boulder, and turn to look at us. This was my very first sighting of an Indian leopard and it was positively electrifying.

While I didn’t see a single wolf through the weekend, I heard so many fascinating stories that could only stem from sharing a living relationship with wild animals. Koppal has lost most of its grasslands, despite this, its wildlife has adapted to the modified landscape. This has resulted in unique relationships where coexistence is the only option. The human and non-human inhabitants of this landscape question the concept of “wilderness” and show us that coexistence can occur outside the limits of a protected reserve.

A traditional Lambadi woman from Koppal. The Lambadis or Banjaras were once nomadic tribes that are now semi-nomadic or settled, sharing space with other communities, industries, and wildlife.

Grasslands are rapidly disappearing, and with it we risk losing our heritage and connection to wildlife. Between 2005 and 2015, India lost over 31 percent of its grasslands. Our greed for development has led us to continuously devalue and exploit entire habitats. In the last century we lost the grassland inhabitant the Asiatic cheetah. The DCF is fighting to reverse this trend; they consider the wolf to be the soul of our disappearing grasslands. Through studying the wolf, they hope to conserve and restore this landscape through science-based conservation interventions. Their long-term plan is to create a safe haven for grassland species by creating India’s first community-managed sanctuary for wolves. 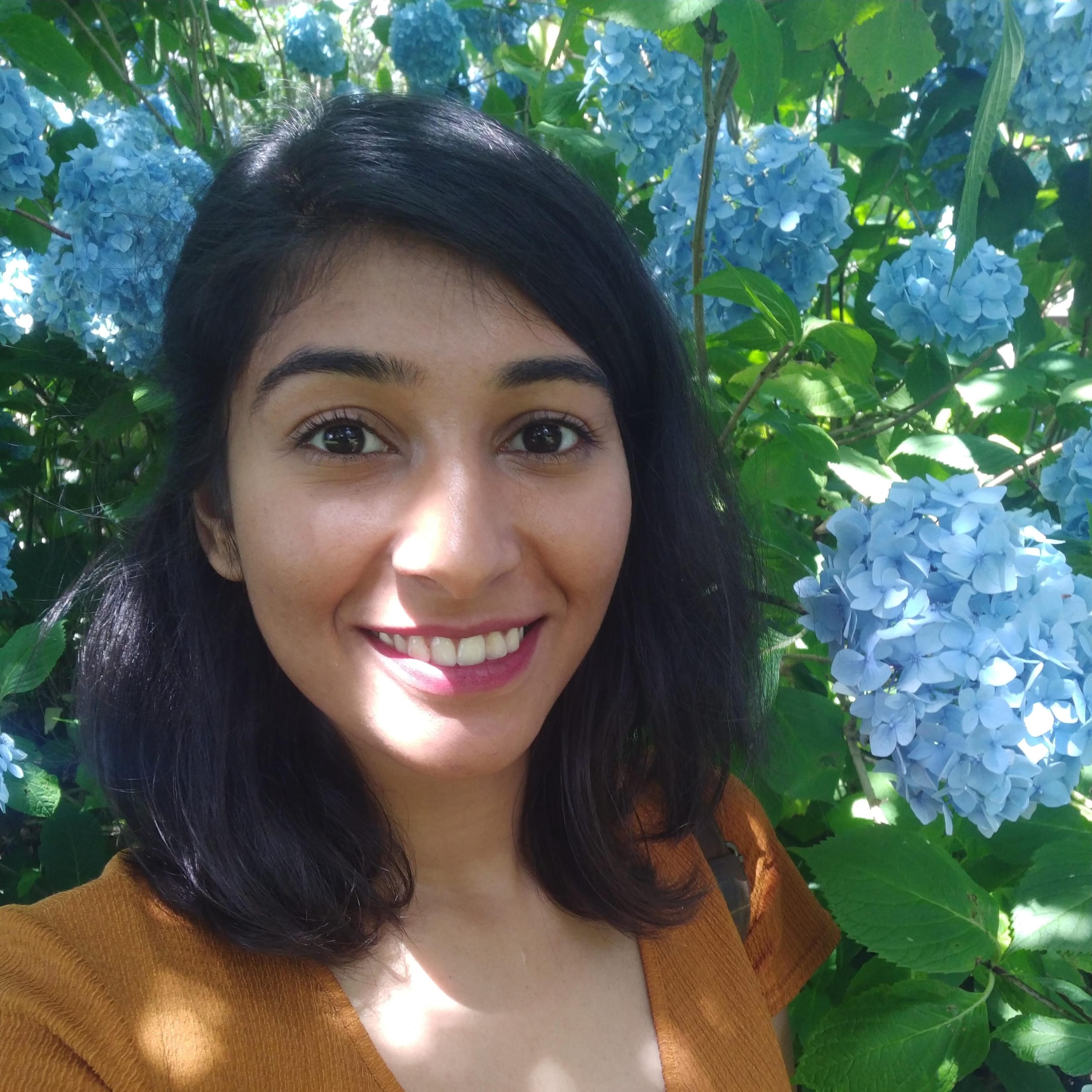 is an interdisciplinary researcher interested in ethnography and human-wildlife relationships. She is usually found arguing with her canine friends with a cup of coffee in hand.