Few cities in the world have large swathes of jungles within their borders, even fewer have leopards living within. Unfortunately, the green cover of India’s maximum city is under grave threat 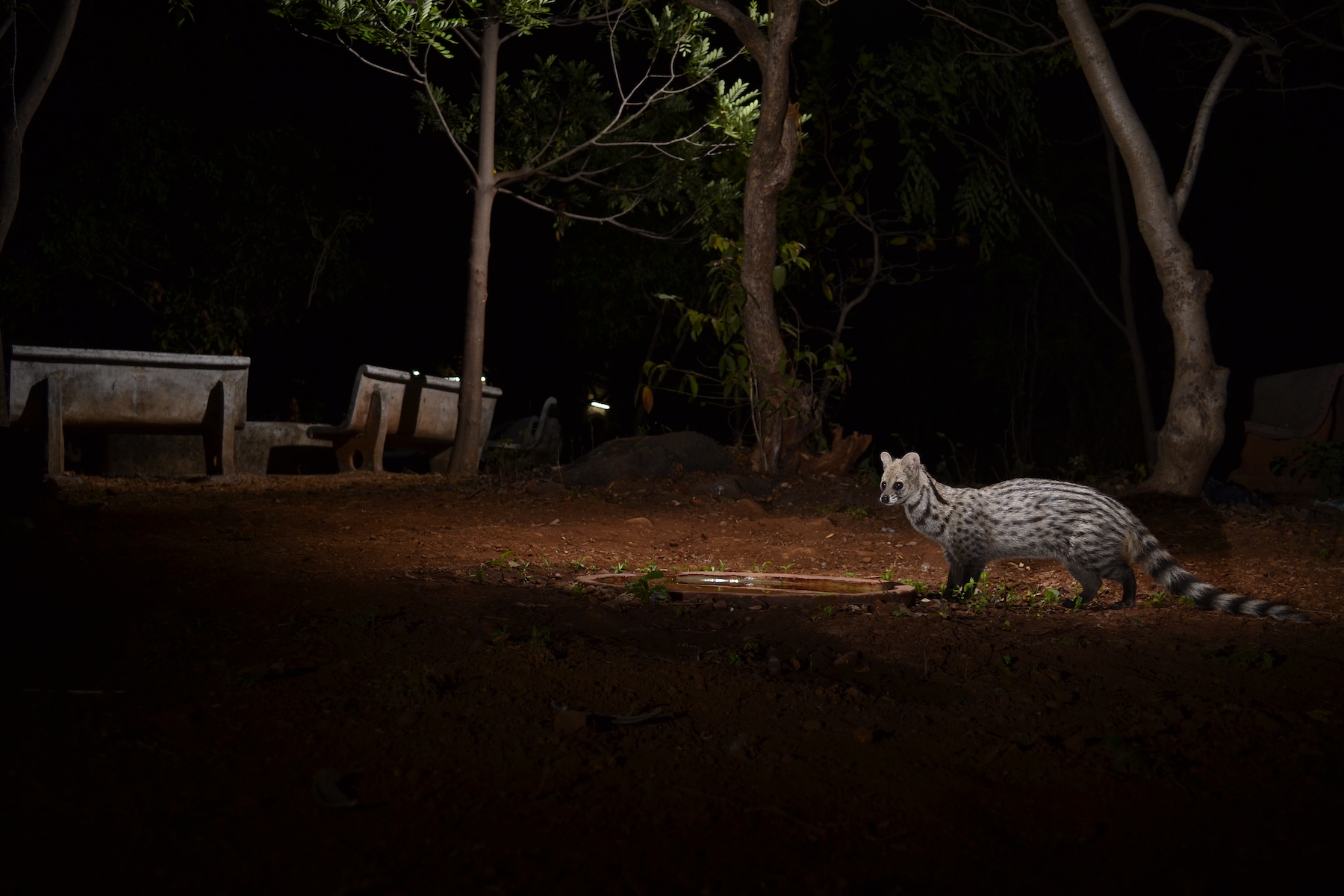 When Nikit Surve was confronted by a barking dog outside his friend’s house in Mumbai’s Aarey Milk Colony, his first thought was “Leopard.” He had stepped outdoors to answer a call when he saw a dog running towards him. Thanks to camera traps in the area, Surve, a leopard researcher, knew that there was a female big cat whose territory skirted the home. “We grabbed our torches, turned the lights on, and saw she was walking right behind us. She went around the house, then into the forest and sat there,” Surve recalled.

No one seemed worried about her presence so close to humans. Some continued their evening pooja, kids carried on playing. Later, as Surve and his friend were leaving, a visitor gave them some casual parting advice: “Sher hai paas mein kahi pe, dekh ke jaana” (There’s a leopard nearby, go carefully). 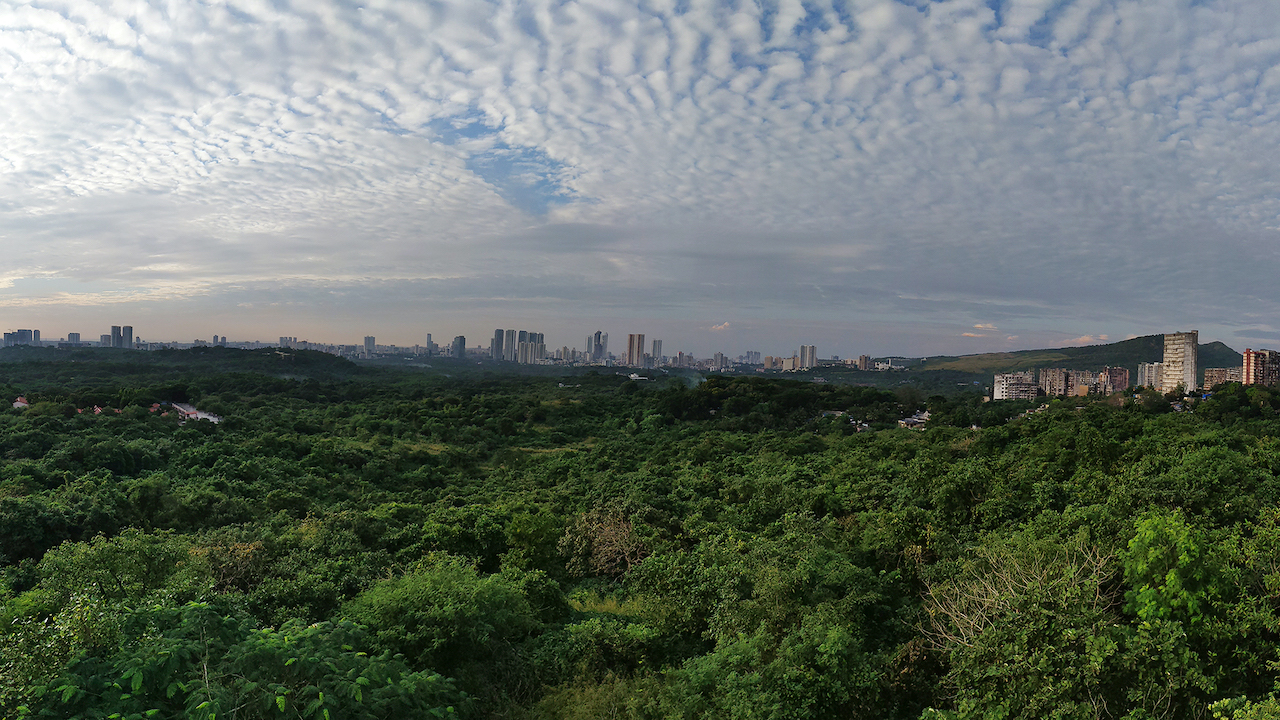 Since 1949 the Aarey forest has faced steady encroachment. Some estimates suggest that past, ongoing, and scheduled projects will end up reducing its original green cover by 40 per cent. Photo: Rajesh Sanap Butterflies and their caterpillars are important plant pollinators in addition to playing a significant role in the food chain. Cover photo: RealityImages/Shutterstock

There are very few big cities in the world where you’re likely to be warned of a leopard nearby, because not many big cities have huge swathes of forest within their borders.

In Mumbai’s northern suburb of Goregaon, Aarey forest is a vital part of the metropolis’s fabric. Aarey and the neighbouring Sanjay Gandhi National Park (SGNP) together form the city’s green lungs. Spread over a total of about 115 sq km, these areas are home to wondrous wildlife and ecosystems — leopards, pythons, hornbills, tarantulas and a varying landscape of mixed deciduous forests, rocky outcrops, scrubland, lakes, and streams. But while the national park is protected by law, its buffer zone of Aarey isn’t as lucky.

A Forest and a City

Since the 1950s, officials have carved out sections of Aarey for various projects starting with the Aarey Milk Colony, which is how the area is now known. The government gave about 1,300 hectares to the city’s dairy development board to create a settlement for dairy farmers. The residents share the space with Adivasis who live in about 27 hamlets or padas throughout the forest.

This is one of the two sub-adult cubs of Biyanca, a female leopard who resides in Aarey. Photo: Ranjeet Jadhav

Over the years, land has been allotted for other things as well. Approximately 520 acres went to the Film City complex, another chunk to a residential township with a golf course, and, as per news reports, about 100 acres to an upcoming zoo.

While some of these developments saw protests, none stirred the city’s conscience as much as the plan to fell trees and construct a car shed as part of a metro rail project. In September 2019, the Hindustan Times reported that the city’s municipal authorities granted the Mumbai Metro Rail Corporation (MMRC) permission to cut about 2,000 trees in a section of Aarey; the corporation was reportedly told to plant some 13,000 trees in lieu. Angry citizens filed unsuccessful legal petitions challenging the move and asking for Aarey to be declared the “forest” it is, and be granted special status; others formed human chains and protested to “Save Aarey.” More than two dozen were arrested for attempting to stop the cutting of trees, according to news website Scroll.

In November, newly sworn-in Chief Minister Uddhav Thackeray stayed work on the metro shed and appointed a committee to examine other sites. The group submitted a report in January 2020, saying shifting the depot would increase costs and delays, and create logistical issues; it also recommended that the Maharashtra government notify the unbuilt green areas in Aarey as no-construction zones to preserve them.

The website of the MMRC states that the environmental benefits of the overall network, including reducing “CO2 emission to the tune of 10,000 metric tons per year” on the Metro Line 3 with the shed in Aarey, will contribute to the greater good. The corporation’s Environmental Impact Assessment report for Line 3 states that “No wildlife has been observed at the project site”.

Marsh crocodiles (top) have been spotted at several waterbodies across Mumbai, including Powai and Vihar lakes, and at construction sites in Aarey. Animal rescuers are often called to Aarey to remove serpents like rat snakes (below) from human settlements. Photo: Ranjeet Jadhav (left) Photo: RealityImages/Shutterstock (right)

But researchers and naturalists know otherwise. Anand Pendharkar, a wildlife biologist and member of the Aarey Conservation Group, has been working with experts to collate information on the forest’s flora and fauna since 1986. He presented preliminary findings during public deliberations over the metro issue, stating that the area is home to around 1,100 species of plants and animals.

Take, for instance, Lychas aareyensis and Hetrophrictus aareyensis, two arachnid species discovered by researchers Rajesh Sanap and Zeeshan Mirza and named after Aarey. The first is a small scorpion, about 2-3 cm long, that is usually found under rocks or dry leaf piles and feeds on insects. The second is a hairy spider, part of the tarantula family, and found in similar habitats as the scorpion.

Aarey continues to surprise researchers and naturalists with its treasures. In the last few years, a new species of jumping spider, Langelurillus lacteus, (left) and trap door spider, Idiops rubrolimbatus, (right) have been discovered there. Photos: Rajesh Sanap

Aarey was the site of a handful of new species discoveries in the last decade, and also saw five major rediscoveries. In addition to new species, Sanap and colleagues John Caleb and Anuradha Joglekar, came across species of jumping spiders and tarantulas that hadn’t been seen in more than a century. Overall, he estimates there are six species of scorpions and between 40-50 spider species so far. Keeping them company are about 13 amphibian species, and 40-odd reptile species including geckos, skinks, and snakes — such as the venomous common krait and cobra, and the non-venomous Indian rock python.

Human activity in the area has impacted these creatures. Some arachnid species, like trapdoor spiders that live in burrows underground, have their habitats disrupted as soil is used for construction purposes, Sanap said. Others become roadkill as traffic increases in the area.

The forest is teeming with smaller creatures that can easily be missed, whether it’s scorpions, like the Lychas aareyensis (left), hiding under rocks or the dainty golden angle (right) flitting from plant to plant. Photos: Rajesh Sanap (left); RealityImages/Shutterstock (right)

Lair of the Leopard

Aarey’s leopards have also had to deal with humans. Surve, who has studied the animals since 2015, calls them “the most adaptable big cat.” Though used to our presence, this protected species will avoid humans if it can, he explained.

Surve points out that the SGNP landscape, which includes the Aarey forest and peripheral areas, has one of the highest leopard densities in the world, with about 21 leopards per 100 sq km; 47 cats were counted in the 2018 census. He’s seen them 38 times himself, though “they would have seen me two lakh times by now,” he said, alluding to their furtive manner.

The overlap of territories leads to inevitable human-leopard interactions. There have been instances Surve has recorded where leopards and people pass the same spot within a minute of each other, the latter oblivious to the former’s presence.

And the interactions aren’t restricted to humans. Dogs are easy prey for leopards. Surve found that they are the single largest species contributing to the predators’ diet. “We studied undigested material in leopard poop and found that it’s 53 per cent wild prey and 47 per cent domestic prey. Earlier, people would say there isn’t enough prey in the park and that’s why leopards go out, but this shows there is enough everywhere,” he said.

Winged beauties like wandering glider dragonflies (left) and leaf-footed bugs (right) fly through the forest in search of food, including other insects and seeds respectively. Photos: RealityImages/Shutterstock

About 150 butterfly species are found in and around SGNP and Aarey, according to Isaac Kehimkar, former deputy director (natural history), at the Bombay Natural History Society. He has been visiting the area and studying its butterfly population since the early 1980s. Among the winged residents is the blue mormon, Maharashtra’s state butterfly, with inky velvet wings. It migrates from nearby hill stations in the monsoon and stays here for four to six months, according to Kehimkar. Another seasonal guest is the red helen, identified by its black wings and red spots.

Butterflies are attracted to Aarey’s flora. A wild lemon species tempts the blue mormon and common mormon, while members of the laurel plant family find favour with the common mime. Some species, like the nawab and tawny rajah, turn to fauna for their needs. “Leopard droppings are much favoured by these butterflies because they come for the salts,” Kehimkar said. Female butterflies of these species don’t get the required minerals from nectar, so males collect salts from various sources to stand out during mating season because “… the female chooses the saltiest male”.

Birds of an Urban Jungle

“There are about 100 species, both residents and migratory,” said Yogesh Patel a keen birder and part-time naturalist, visiting this forest since 2010. Patel and some friends are working on creating a checklist of birds found here including the Indian golden oriole, with its sunshine-coloured body, black wings and kohl-lined eyes, and the long-tailed shrike, an assassin that impales its prey. Local migrants include the brahminy kite, identified by its white head and chest and brown wings, and winter brings the likes of rosy starlings, greenish warblers, and yellow wagtails, flocks of which can be seen in Aarey’s open areas, according to Patel.

In addition to leopards, several mammals are residents of Aarey: rhesus macaques, spotted deer, flying fox and small Indian civets, like this one pictured at an artificial watering hole. Photo: Ranjeet Jadhav

Much like the butterflies, birds also flock to specific trees and plants. The Indian grey hornbill can be found on the branches of fruiting ficus trees and tiny flowerpeckers choose the reddish flowers of the screw fruit bush. Like the leopards, the birds have adapted to the presence of humans. The shaheen falcon, a subspecies of the peregrine falcon, would usually look for rocky cliffs to build nests, but in Aarey they’re known to set up homes on the ledges of buildings, Patel pointed out.

The fact that such rich ecosystems can be found in the heart of Mumbai speaks to Aarey’s uniqueness and the need to preserve it. The dual purposes the forest serves of sustaining its inhabitants and providing city residents with clean air, freshwater sources and open spaces, make it crucial for the survival of the metropolis. As Kehimkar said, “Mumbai’s green spaces are shrinking day by day and we need to protect them… if these forests are lost, we will never get anything.” 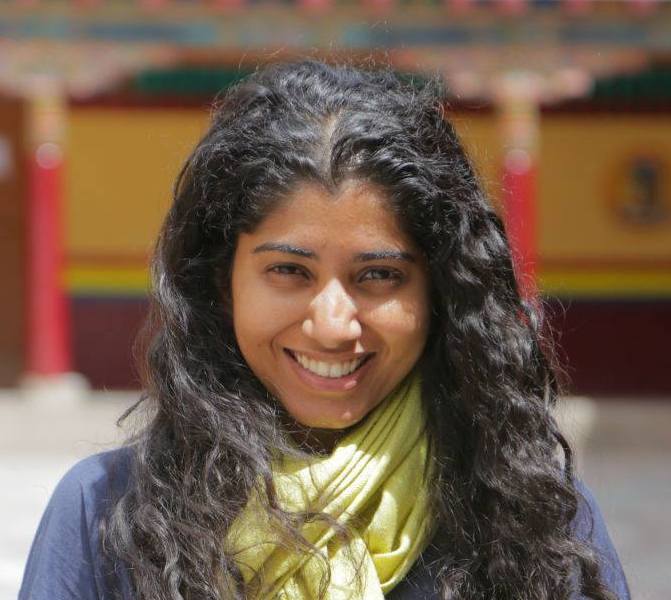 is a Mumbai-based freelance journalist who writes about nature, food, travel and culture. She tweets at @kamakshi138.