From writing letters to Salim Ali as a young boy, to heading one of Asia’s most important conservation organisations, Asad Rahmani says his career in wildlife protection has been nothing short of an extended holiday 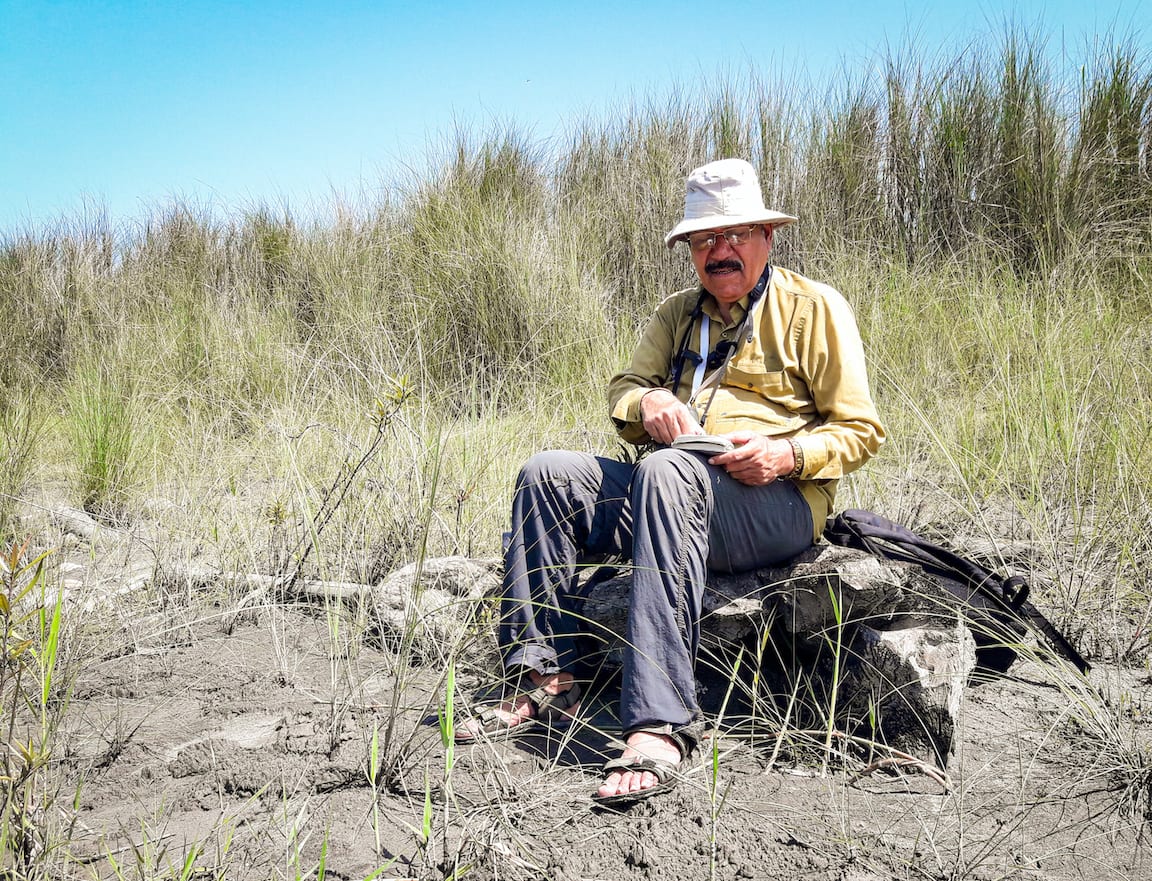 Asad Rahmani lets out a long, languid laugh. “Arrey!” he exclaims, “This is always a difficult question.”

The question: What were the most exciting moments in the field in your decades-long conservation career?

The answer turns out to be a potted account of a life well-lived. “You can’t have one exciting moment,” he says from his home in Lucknow. “My whole life is exciting. You see, I’ve enjoyed my life so I’ve been on a holiday for almost 55 years.” More laughter. “People go on holidays to enjoy. If you enjoy your work…” he trails off.

Rahmani, 69, who spent 18 years as the director of the Bombay Natural History Society (BNHS), has been one of the country’s foremost conservationists. An ornithologist, he has written more than 20 books and worked as a scientific advisor to a host of institutions, guided Phd students, advised the government and collected awards in India and abroad. It has indeed been an exciting life.

Asad Rahmani’s interests extend to a variety of topics, including the conservation of marine life. Photo courtesy: Deepak Apte Cover photo: Asad Rahmani is one of India’s foremost conservationists with a career that spans over four decades. Here he is seen making notes on a remote island in D'Ering Wildlife Sanctuary, Arunachal Pradesh. Cover photo: Taksh Sagwan

In a clutch of phone conversations over two days, Rahmani radiates knowledge and good humour. The professor in him still lingers when he instructs patiently, “Write it down”, or asks, “Have you noted it down?” The one thing he wants to make clear is there is no dichotomous line marking conservationists apart from those who want economic progress. “Conservation is a long battle and conservationists are opposed by vikaswallas,” he says. “They think we are against vikas. We are not against vikas. We want sustainable vikas. And we want some areas to be left without vikas.”

For vikas-agnostics, fighting for the wild has become a harder battle. His chief lament at the moment is that the National Board for Wildlife, chaired by the Prime Minister and tasked with advising the government on conservation issues, has not even met once in six years. Ideally, it should be meeting at least twice a year. In its stead, a standing committee chaired by the minister of environment and forests meets periodically, and much to his dismay, has become a project clearance body. “They [The government] said a few years ago, we have cleared 90% of the projects. To which I said ‘This is not your achievement, it is your compromise.’” Rahmani was a member of the standing committee for years, and has submitted reports on a host of environmental issues. BNHS reports have been used in PILs and policy making. “They [The standing committee] should work for wildlife conservation. If the committee for wildlife conservation also starts talking about road construction, then what is our role?” he asks. “We have to speak on behalf of wildlife. If we don’t speak, who will speak?”

Asad Rahmani’s work often involves engaging with local communities. Here he speaks about the need for conservation of the great Indian bustard to a local in Rajasthan. Photo: Dhritiman Mukherjee

Rahmani’s career in wildlife took off not with a single Eureka moment, but gradually built up over time. He grew up with his siblings in small towns across UP: Meerut, Sahranpur, Rampur, trailing his father, a frequently-transferred district judge. “The smaller the town, the bigger the house of the magistrate and district judge,” Rahmani remarks pithily. It was a childhood spent surrounded by newspapers, books, magazines, in three languages — at one point they had 22 publications coming in — and open spaces, gardens, animals. At the age of nine, Rahmani’s father brought two German Shepherds, doughty dogs that spent 14 years with him. But that was not all. His childhood menagerie also featured cats, fish, frogs, hedgehogs, lizards and birds of all stripes.

This Gerald Durrellian childhood, crossed with a household that worshipped books seems in hindsight, like the perfect breeding ground for a naturalist. His boyhood heroes included Salim Ali, the Indian ornithologist and former BNHS director and wildlife chronicler M Krishnan. Krishnan’s fortnightly columns unspooled whole new worlds, while EP Gee’s 1964 classic The Wildlife of India was an early bible. “That book opened my eyes,” he said. Later in the sixties, he managed to find Salim Ali’s postal address, and wrote to him about reading his book and his interest in birds. The excitement of getting a reply still animates his voice.

Rahmani’s boyhood anecdotes, thrum with the unhurried flavours of a teenager coming of age in the sixties and seventies. The handwritten correspondences, the attempts to perfect his English, the remembered pleasures of items bought with the first scholarship funds. A pair of binoculars, a typewriter, a Russian camera. These objects, each buoyed by and further fuelling an obsession with the natural world were acquired after budgeting his income as a Phd scholar at Aligarh Muslim University and a newspaper contributor.

Asad Rahmani takes a break during fieldwork in Narcondam, an island in the Andaman seas. He was there to study the endemic and endangered Narcondam hornbill. Photo: Dhritiman Mukherjee

Though he is considered a birdman to most, Rahmani’s thesis was on something else altogether: fish. In particular, their olfactory organs. And the first Phd he guided, as a faculty member some years later, was on wolves. “I’m interested in science, all subjects,” he says. “For me, good science is good science.”

Rahmani’s childhood interest in birds and bird habitats solidified after he joined his first job at BNHS in Bombay as a project scientist in 1981. He would work there nearly 40 years. “Whatever I am, it is because of BNHS and my bosses there,” he says. “People who work there had the passion, they weren’t just doing a job.” Rahmani’s first stint lasted a decade, when he worked on endangered species, bird migration, and the Great Indian bustard, shuttling across field stations through the country, taking in the depth and range of India’s biodiversity. For a period in the nineties, he went to AMU to teach. But unable to shake off the pull of the wild, he swapped desk work for field work, returning to the BNHS in 1997.

BNHS was set up in 1883 by eight men in an era of exploration and hunting to “exchange notes and exhibit interesting specimens of natural history”. “Then they became a conservation organisation,” says Rahmani. “Not immediately but gradually. BNHS was the first to sound the alarm that species are disappearing.” Now, one of Asia’s biggest and most important non-profit wildlife bodies, it supports research, puts out publications, organises field trips, advises governments and does public outreach. “We work with everyone, authorities, local communities. We work with the government but not necessarily under the government.”

Asad Rahmani has done extensive work for the conservation of wetlands in India and is a member of Wetlands International South Asia. He regularly conducts awareness workshops around the country such as this one in Sir Syed College, Kerala. Photo courtesy: Asad Rahmani

Though intuitively it might appear that conservation comes up against development goals, Rahmani explains it is meant to be constructive opposition, not adversarial headbutting. “We don’t oppose for the sake of opposition,” says Rahmani, who continues to read, write and teach. Sometimes the trick lies in finding a middle road. Literally. “We say we aren’t against this road, coming through the [wildlife] corridor, but make it an elevated road,” he says. “Or place the cable underground.”

Still, notes of frustration do creep into the conversation, a cynicism about government policies and the prevailing public discourse. “We have to bring people to our side. It is not easy to do. But at the same time, people also want vikas, they don’t see the larger consequences of badly constructed dams or roads. What is frustrating is that conservation is not a mainstream topic,” he says. “Money is not the only issue, sometimes it’s not required. Sometimes just action is required, sometimes no action is also conservation,” he says. “Leave it to nature.”

In this COVID19 world, that is in fact precisely what has happened. The skies are clearer, the rivers are cleaner, the birds are louder. All of that makes Rahmani happier. “If we leave nature, if we don’t do anything, nature will heal itself,” he says. “It has a tremendous capacity for healing.” 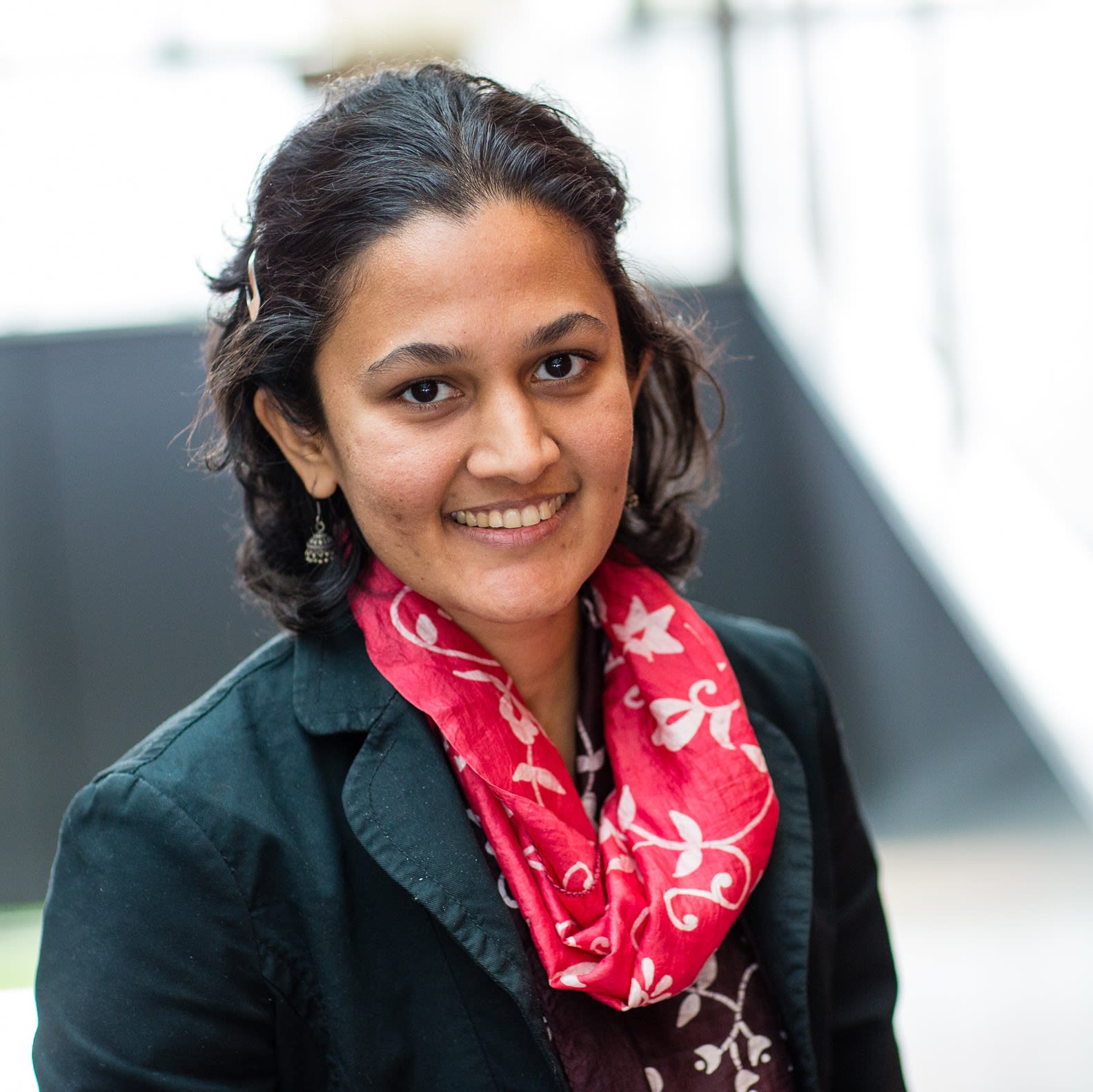 is a Mumbai-based freelance journalist writing for various national and international publications.