How the Bengal Florican Charms Its Mate

The Bengal florican is a romantic at heart. Its courtship ritual is part pageant and part dance-off

Courtship is serious business in the animal kingdom, and every species has its own way of engaging potential mates. Some, like fireflies, employ chemical stimuli, attracting partners with their bioluminescent bellies (and lighting up the forest in the process). The male puffer fish on the other hand, woos females with intricate sand sculptures, somewhat like mandalas, that take many days to create (never mind the task of maintaining it, amidst ocean currents). Large mammals like tigers and elephants prove their prowess with displays of aggression and physical strength, but there are other ways of proving one’s worth.

Case in point, the Bengal florican, one of the most endangered birds on the planet. Found in small pockets in the grassy foothills of the Himalayas, the Bengal florican’s courtship ritual is part pageant and part dance-off. It is a show that has delighted birdwatchers for centuries, but watching the spectacle from afar, and photographing the birds up-close are two entirely different matters, as wildlife photographer Dhritiman Mukherjee can testify. He is among few photographers who have managed to get close to the bird, and document its courtship ritual in Pilibhit Tiger Reserve, in Uttar Pradesh, along with a team from the Bombay Natural History Society.

The first step to photographing this bird, Mukherjee says, was building a hide, a shack-like structure made from grass and twigs in the area, so that the birds were not spooked. Finding camouflage in a grassland is not easy, and Bengal floricans are notoriously shy and wary of human presence, known to fly away at the slightest hint of suspicion. Fortunately for the photographer, the males were also very territorial so once a bird had been sighted, chances were, it would be there the following day.

The display would begin with males puffing their neck and chest feathers, strutting around their territory, and watching keenly for any signs of a female. Like many bird species, the Bengal florican’s courtship ritual is designed to attract females from afar, but as mates are hard to come by (more so for a bird as endangered as this one), performances are often carried out alone. The show, Dhritiman says, would start shortly after dawn, when the light was golden, but the heat hadn’t set in as yet.

When the pageantry was done, the male birds would begin their flight display: a series of complicated patterns that involved footwork, wing moves, and feather fluffing that can only be described as an aerial dance. This, Dhritiman says, continued for hours, with small stops in between. By 10 am, when the sun was blazing in the sky, the birds would stop for the day. 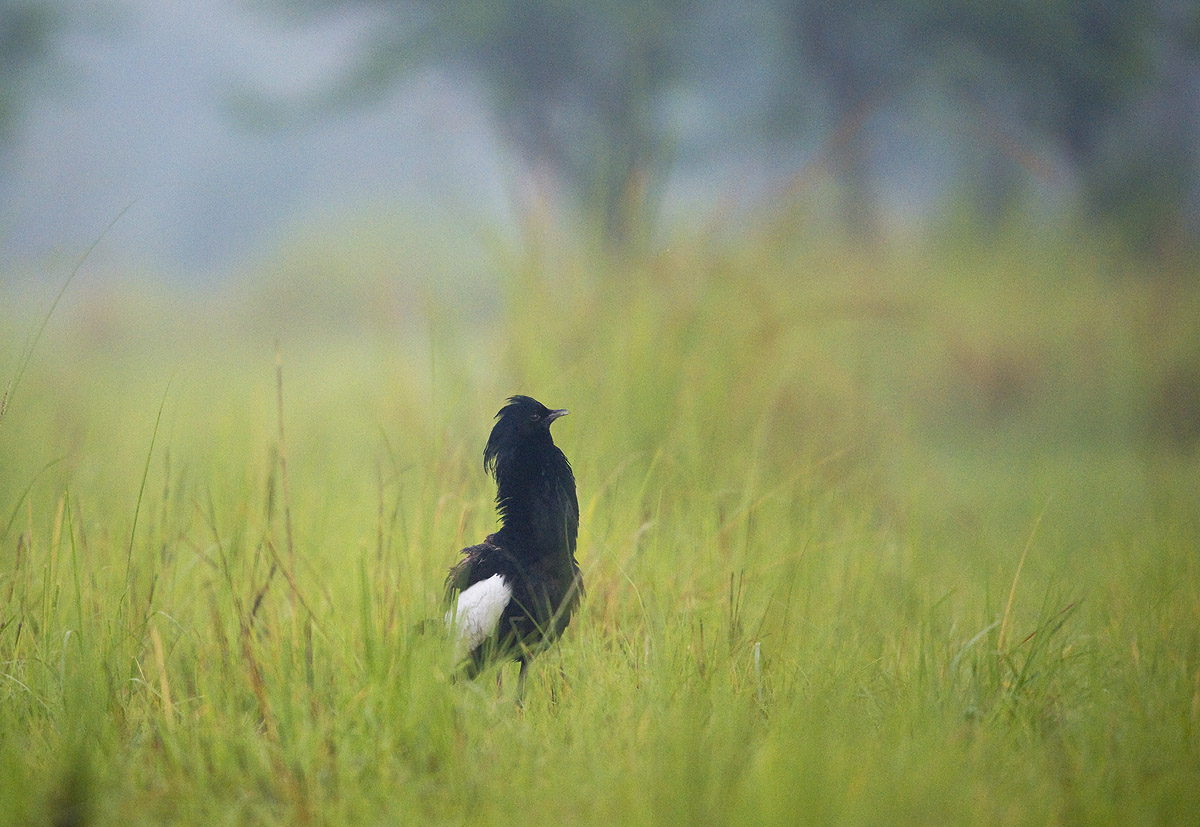 About a week into photographing the bird, Dhritiman noticed that the whirr of his DSLR camera sounded vaguely like the call of a female florican. More importantly, he observed that the male had noticed this too, and began looking in his direction when he pressed the shutter.

Keen to make the most of it, he borrowed the dummy florican that the crew from BNHS had created for their research work. The following day, he placed the figurine close to the hide (in the pre-dawn darkness), crossed his fingers, and waited for the male to show up. 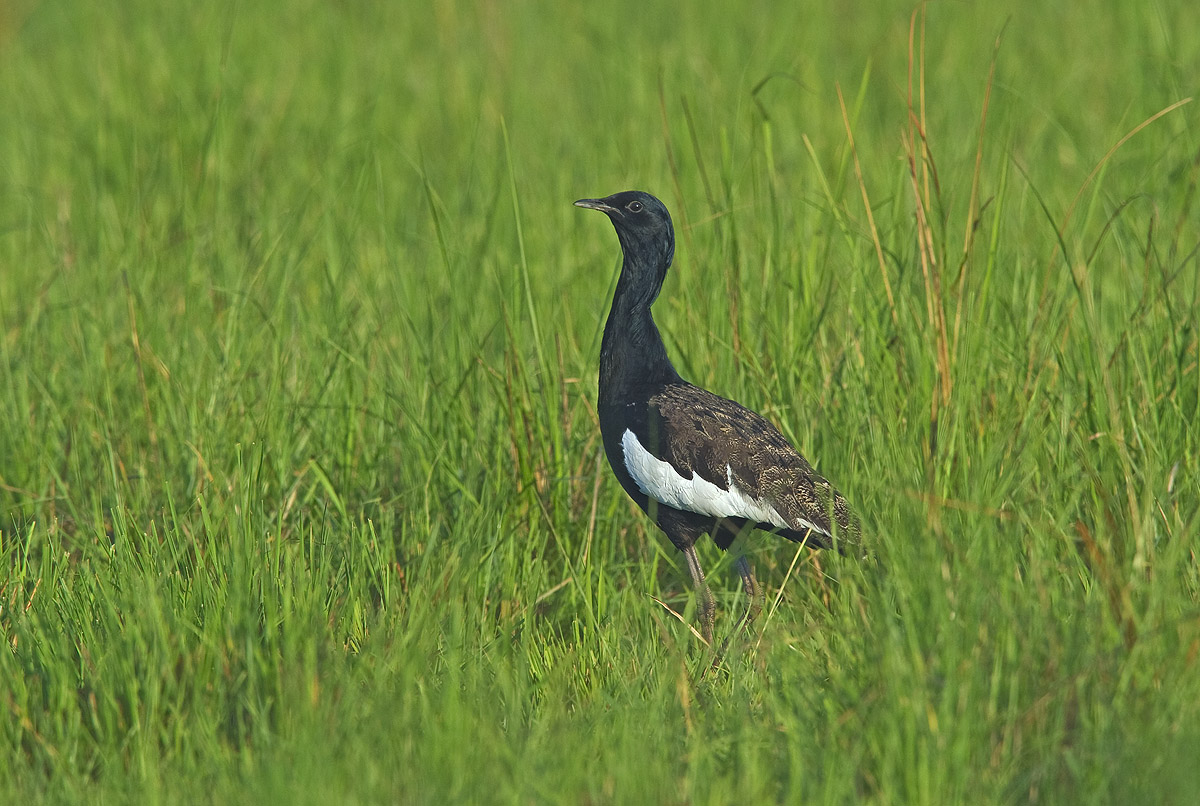 Sure enough, at sun-up, the male florican pranced into his ring, feathers gleaming in the morning light, curious about this new arrival. The more photographs Dhritiman took, the closer the bird approached, drawn by the sound of his camera, until it was only a few dozen metres from his lens.

This image is one of the rarest ever taken of a Bengal florican in the wild, testament to the perseverance of the photographer, and the critical status of the bird’s population. Once sighted across the Himalayan foothills, the bird is now found in a few fragmented pockets of grassland in Uttar Pradesh, Assam, and Arunachal Pradesh. Ornithologists say this is partly because India’s conservation efforts have always prioritised forests, and grasslands have been considered low-priority ecosystems. In reality, grasslands play a crucial role in our environment, and are key to maintaining a supply of fresh water, preventing soil erosion, and providing a habitat to hundreds and thousands of species, including the rare and endangered Bengal florican.