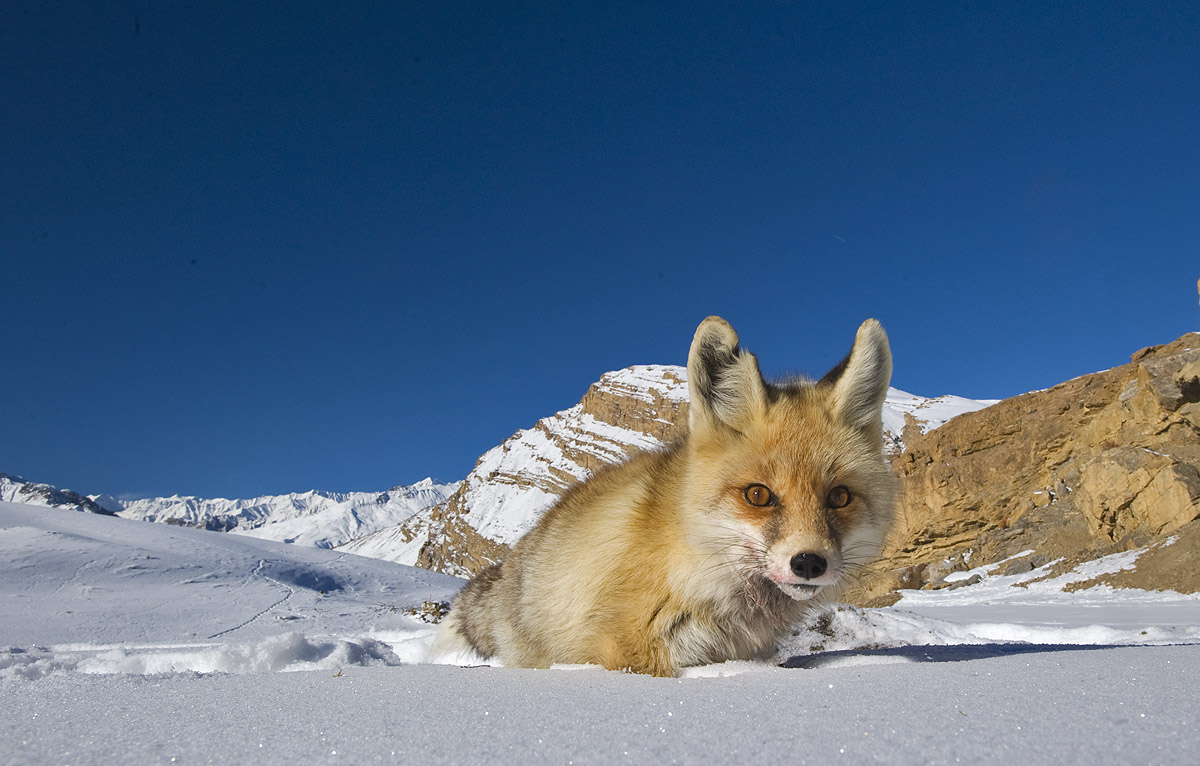 Winter in the Spiti Valley of Himachal Pradesh is a test of endurance. For most of the year, the high altitude desert region of the Himalayas is dry, rocky, and barren, save for a few patches of green along the banks of the Spiti River. Vegetation is meagre in these parts, and the growing season is barely a few months long. In winter, the entire landscape is blanketed in a thick coat of snow, and night temperatures drop to as low as -20 degrees C.

Locals huddle around their fireplaces at this time of year, sipping endless cups of tea. Birds migrate to warmer climes. Bears and marmots curl up in their burrows for hibernation, waking only when the ground is thawing and food is available again. Only the most resilient animals hunt in this weather. Among them, is the majestic snow leopard, widely considered one of the most elusive predators on the planet — and the red fox, often cited as the most common terrestrial carnivore on Earth.

The red fox is found on every continent, except Antarctica. In India, it is seen along the Himalayan range and in the semi-arid regions of Rajasthan and Gujarat. There are two subspecies of red fox in India: the desert fox and the Himalayan fox. The latter inhabits the Himalayas, generally at altitudes between 2,100 m and 5,000 m.

These images were taken in the Spiti Valley of Himachal Pradesh, in the peak of winter. They offer a glimpse of life the Himalayan red fox and the ingenious ways in which it has adapted to its harsh habitat.

Red foxes have beautiful, bushy tails, with a signature white patch at the tip. The tail helps with balance, and keeps them warm during long, cold nights. Himalayan red foxes have much thicker fur than their desert fox cousins from Gujarat and Rajasthan. The red fox (Vulpes vulpes) is found in a range of habitats, from isolated mountain regions in the Himalayas, to more urban areas, like Hyde Park in London. 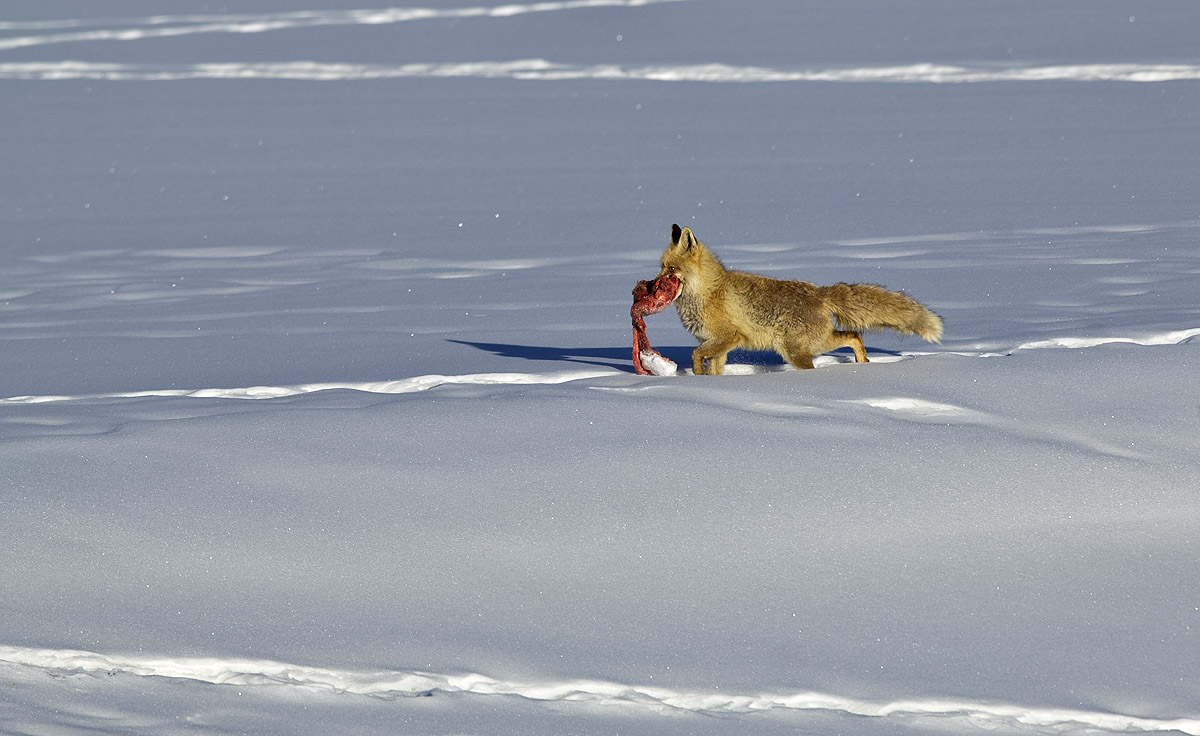 The widespread population of red foxes is attributed to their omnivorous diet, which includes plants, fruits, and insects, as well as animal matter. They hunt small animals, scavenge on larger carrion, and snoop through human trash. In Spiti, “they eat voles, hares, even sea buckthorn berries,” says Chandrima Home, who has researched both subspecies of the red fox in India.

The colder it gets, the less vegetation and wildlife there is, and the more the foxes have to rely on human subsidies. In the peak winter, says wildlife biologist Subhashini Krishnan, “they are often found near garbage dumps, looking for food.” Krishnan, who studied the relationship between red foxes and free-ranging stray dogs in India says, “They capitalise on the darkness, visiting between 9-11 pm and 3-5 am,” when activity in the village is at a minimum.

The foxes of Spiti are facing competition from a growing population of free-ranging stray dogs, since both groups rely on human subsidy for nourishment. “The dogs are a problem everywhere,” says Krishnan. Even though foxes are faster, they are often outnumbered in conflict situations since they are largely solitary, while dogs roam in groups. “Except in Kargil, Ladakh,” she says. This is for two predominant reasons: Kargil has a number of army camps, which generate plenty of food waste, and secondly, “Because Kargil is a predominantly Muslim region, so culturally, they do not keep many dogs.” As a result, free-ranging dog populations in the area are relatively low, and the number of wildlife such as red foxes and brown bears, is relatively higher.

Red foxes have exceptional hearing, in addition to a sharp sense of smell. They employ these abilities to hunt in winter, keeping their ears alert for the rustle of burrowing creatures such as voles and pikas. When a fox senses prey underground, it follows the sound, and at an opportune moment, rears on its hindlegs and pounces into the snow.

Competition can sometimes be fierce between foxes, especially in the winter months, when nutrition is hard to come by. This image was taken in Langza village, Spiti Valley, Himachal Pradesh, where “two foxes were fighting over a piece of fresh sheep skin,” says photographer Dhritiman Mukherjee.

Red foxes are solitary creatures that pair during breeding season. At this time of year, pairs may hunt together, share den space, even look after the yearling together for some time.

Fox dens vary in size and structure, ranging from rocky caves and soil burrows to abandoned homes and wolf dens no longer in use by their original inhabitants. “At the entrance, one will find lots of scat,” says Krishnan, “and inside, there will be leftover bones and morsels, even dead animals.” The foxes also make a kind of bedding using shrubs that grow in the summer, to keep their yearlings warm and safe from the cold. She adds that, “Himalayan foxes are more ashy-orange in summer, but their coats become more red in the winter. It’s especially beautiful, when you see one walking along a snow ridgeline.”