Is the mosquito a buzzing nuisance or an example of nature’s masterful design? Or both?

We think of mosquitoes as invasive pests — much like rats and rhesus macaques — but really, they are just tenacious animals that have adapted to the human lifestyle. In some cases, so successfully that we cannot imagine civilisation without them. This is especially true of the Indian tropics, where dusk in many homes is punctuated with the ritual closing of windows and lighting of dhoop or incense, to keep the insects away. More recently, the incense has been replaced with devices that employ chemical repellents, high-pitched noises, even carbon dioxide emissions, but despite new and inventive ways to check mosquitoes, their numbers seem to grow.

There are over 3,000 species of mosquitoes in the world. Of these, a few hundred are bloodsuckers, but only for part of the year. For most of their lives, mosquitoes survive on the nectar of flowers, and actually play a role in pollination of local plant species. It is only when females begin their egg-laying cycle that they seek out a blood meal for the nourishing proteins and iron it contains. Some species feed on birds, others prefer reptile or bovine blood, and some exclusively bite humans. 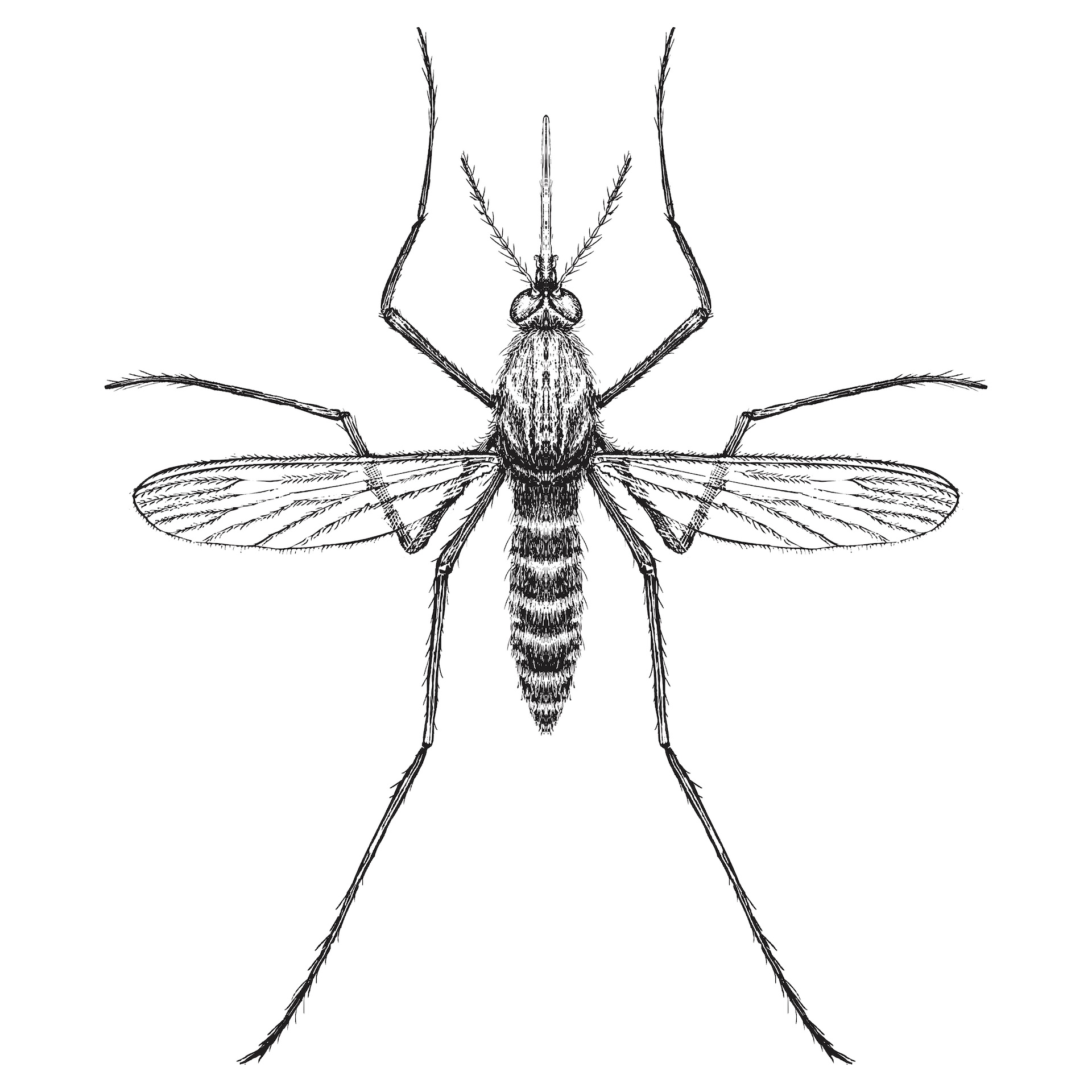 The mosquito’s bite is a fascinating subject. It is not the bite — the act of inserting the proboscis into our skin — that alerts us that a withdrawal has been made from our blood bank. The itching occurs due to allergens in the mosquito’s saliva interacting with our system. The bite is actually stingless. It is also the inspiration behind a near-painless version of the hypodermic needle that is currently being tested in Japan.

Every mosquito’s proboscis has six needles: two to cut into the human skin, two to hold the tissue apart, another needle called the labrum that pierces the blood vessel and serves as a straw to suck out the blood, and finally, a sixth needle that inserts anti-coagulants into our blood. In a sense, every bite is like a microscopic surgery, except the mosquito is armed with all the equipment it needs.

“Mosquitoes don’t find the blood vessel randomly,” explains American entomologist and professor Walter Leal, in an NPR article titled, “Mosquitoes Use Six Needles to Suck Your Blood”. As scientists have discovered, they have receptors that analyse the temperature, odour, and other chemical signals given by humans, to locate a blood vessel. The more we study them, the more we discover how masterfully designed they are, and perhaps for this very reason, so hard to control.

Around the world, vast sums of money are being ploughed into mosquito research, from identifying repellent plant species, to feeding mosquitoes human diet pills (it’s a real research paper). There’s even talk of systematically eradicating the species through genetic intervention, though the philosophic objections to this idea are immense. On the one hand, it might save thousands of lives that malaria, dengue, and chikungunya claim every year, not to mention victims of Japanese encephalitis, Rift Valley fever, Zika virus, and West Nile virus. But then again, if we begin eradicating species that do not serve us directly, where do we draw the line?

The Gallant Tiger: Faithful Unto Death