Sex changes and massive mating gatherings have never been taboo for coral reef creatures. And fish couples, although common, are rarely monogamous 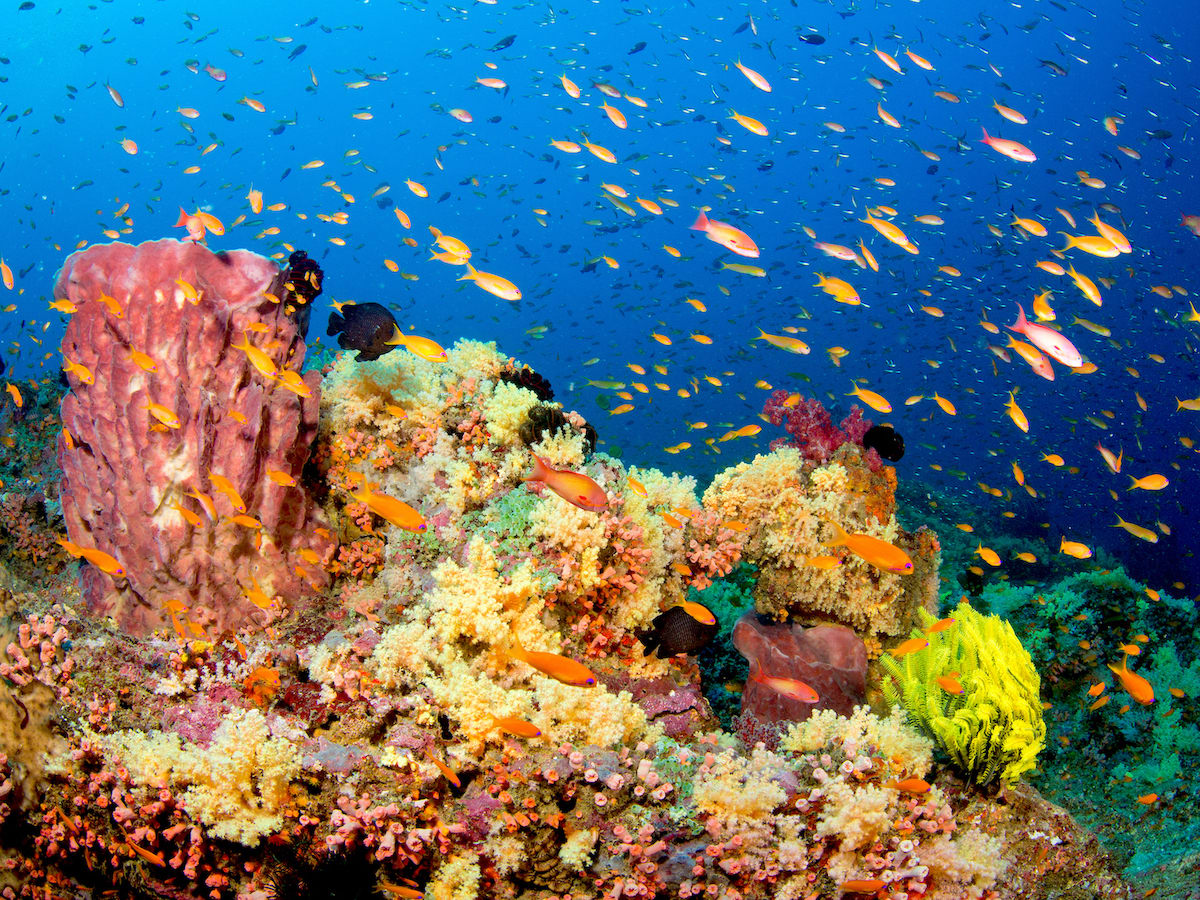 Imagine descending onto a colourful coral reef teeming with life in all shapes, and sizes. The reef is completely covered by sessile plants and animals, from billowing algae and steadfast coral to vibrant anemones, sponges, and tunicates. While the diversity is baffling, you get distracted, mesmerised by a cloud of 40 or so orange-coloured fish, less than 15 cm in length, gracefully hovering over a massive coral outcrop.

These fish are called anthias. And they have a dark secret. One or two fish in the group are a bit different from the rest. The odd one is a little larger in size, and glitters with shades of red and purple. It also has long filamentous streaming threads coming from the dorsal and tail fins. This ornate individual is the gentleman of the group, holding his territory on the reef and managing his sex cult.

A school of greenthroat parrotfish adult males (the colourful ones) with drab colour females and juveniles, roving the reef in search of algae. Photo: Cingular/Shutterstock A typical reef scene peppered with anthias harems, fluttering about in a plankton feeding frenzy, in the Andaman Islands. Cover Photo: Vikas Nairi

Anthias are planktivorous fish that spend their days elegantly fluttering over the reefs and feeding on zooplankton. At night they hide in the holes and crevices of their coral rock. But during the mating season, the territorial male mates with all the ladies of his harem before it is time to retire. A typical anthias cloud consists of a territorial male, 8-12 females, and maybe a few non-territorial males that occasionally pass by. If the territorial male dies, and if no other suitable replacement is nearby, the largest and most dominant female begins to change her sex to male, taking control as harem master. The reversal takes 2-4 weeks, starting with behavioural changes followed by changes in colour and internal anatomy.

Now sex change is a pretty common phenomenon on coral reefs. There are countless examples of protogynous hermaphrodites: species that sequentially change their sex, starting out as females and if social conditions require it, switching to male to increase individual reproductive fitness. Changes from female to male occur in a variety of families including parrotfish, groupers (anthias belong to this one), wrasses, angelfish, emperors, gobies, and dottybacks. In a lot of cases, the male is much brighter and flamboyantly coloured than the female.

The evolution of protogyny is likely linked to the mating behaviour of these fish. Large males confer a size advantage and are able to monopolise mating with multiple females. The males do so by holding territories and/or establishing harems. In these harems even the smallest female is able to copulate with the male, but the smallest male often finds no success, unless he is able to “sneak” his sperm into mating events — a rare and risky task. When the main goal is to procreate, to pass on your genes to the next generation, these fish stay female as long as they need to. They allow themselves to be in the harem of a dominating but gorgeous male, mating often and freely switching harems as and when needed.

But how do these fish actually have sex? Does harem formation lead to these fish having kinky sex involving sadistic copulation? Turns out it does not. Most of these fish described so far are pelagic spawners i.e. they release their eggs and sperm into the seawater and fertilisation is external. In fact, many of the more familiar tunas, barracudas, sardines, and anchovies, where sexes are separate (gonochorous), also spawn their eggs and sperm. The majority of the sedentary reef species including the sponges, diverse corals, sea cucumbers, and sea stars, Christmas tree worms, and oysters all broadcast their gametes and hope for the best. While the oceans’ 3D aquatic medium allows for easy exchange of gasses and minerals, ocean currents can play an important role in either bringing gametes together, or drifting them apart.

These animals pay attention to environmental cues and signals from their mates to synchronise spawning and maximise fertilisation success. Often these romantic climaxes are in tune with the moon and tides. Some species mass spawn on full moon nights, while the shy ones do so on the rising new moon — when the sky is at its darkest.

Monogamy is uncommon in the sea

Reef fish pairs, like those observed in butterflyfish or rabbitfish species, are not always romantic couplings. Pair-formation is more often driven by prey choice and predator avoidance, at times consisting of same sex or immature individuals. In fact, examples of monogamy come from species where finding a suitable mate is a rare phenomenon, or from those who mate only once in their lifetime (and die soon after) like the common reef octopus. Some reef creatures pair up  during the mating season to care for their developing embryos , like in the case of male brooding sea horses, or clownfish couples. In most cases, however, exclusivity is hard to conclude due to multiple matings, “sneak” males, and “extramarital” fertilisations.

Clownfish species not only provide a great example of mating-season monogamy, they also present a rare type of sex change. In clownfish pairs, the female is larger than the male. If the female dies, the male will change his sex and become the dominant individual, ready to mate with a new male that might join him in his anemone home. This type of change is termed protandry, meaning male first. Eggs are attached onto a hard surface near the fish’s anemone home, fertilised externally, and duly cared for by the male until they hatch. 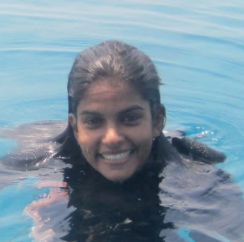 is a marine biologist, broadly interested in reproductive ecology, fisheries and conservation